SLAYER To Tour Europe With LAMB OF GOD, ANTHRAX And OBITUARY

The brainchild of mercurial Cambridgeshire mystic Kevin Starrs, UNCLE ACID & THE DEADBEATS have been making extraordinary music since 2009. Now they return with their fifth full-length album. 47 minutes of vital, audacious and frequently bewildering heavy psychedelia, it bears the title “Wasteland” and is instantly recognizable as Starrs‘s most immersive and evocative body of work yet. The album is set to be released on October 12 via Rise Above Records.

Always too bold and idiosyncratic to be easily pigeonholed, they emerged from an obscure corner of the labyrinthine English underground as shadowy purveyors of a new and overwhelmingly psychedelic take on the gruff and gritty rudiments of hard rock and turbo-blues, powered by the dark, lysergic heart of the late ’60s and early ’70s and drenched in woozily macabre imagery. Steeped in both the wayward melodies and mischievous arrangements of psychedelic pop and the dissonant thunder of proto-metal and doom, Starrs‘s greatest feat has been to create an entirely fresh sonic world from these most familiar of ingredients.

“There’s not enough melody or harmony in new music for my liking,” says Starrs. “I wanted to go even further with all of that this time, and really force it down people’s throats! It’s important to me that someone keeps it going, especially in heavy music. I always write to my own tastes, so as long as it appeals to me, I don’t really think about it. But I would say that it’s all been an instinctive progression.”

A disorientating journey through Starrs‘s wonkiest dreams, “Wasteland” glides majestically from punchy and direct psych-rock anthems like “I See Through You” and “Shockwave City” to the vicious, somnambulant ooze of the eight-minute “No Return” and the twinkly-eyed bad trip of the album’s mesmerizing title track. Recorded at the legendary Sunset Sound studio in Los Angeles, “Wasteland” boasts the kind on irresistibly raw and exuberant sound that only the greatest bands can generate.

“We recorded the basic tracks the way we always do,” says Starrs. “Everyone in one room, live and straight to tape. We worked with a great engineer called Geoff Neal (NINE INCH NAILS, MOTÖRHEAD), who really understood what we were going for and how to capture it. Playing in the same room where so many classic albums were made definitely inspired us. Even small things like running the guitars through the same echo chamber that VAN HALEN used in the ’70s, it all added to the overall experience.”

While most musicians seem content to chase their own (or other people’s tails), UNCLE ACID & THE DEADBEATS remain proud and resolute individualists and “Wasteland” is simply their most powerful and memorable spurge of creativity to date. Masterfully echoing the magical atmospheres of heavy music’s turbulent past while sounding entirely unlike anything else available to human ears, this is what happens when the shadows come to life and suffocating darkness, UNCLE ACID & THE DEADBEATS style, is the only show in town.

The band will only play one North American show in 2018, at the Desert Days festival in Lake Perris, California, the weekend of October 12-14. 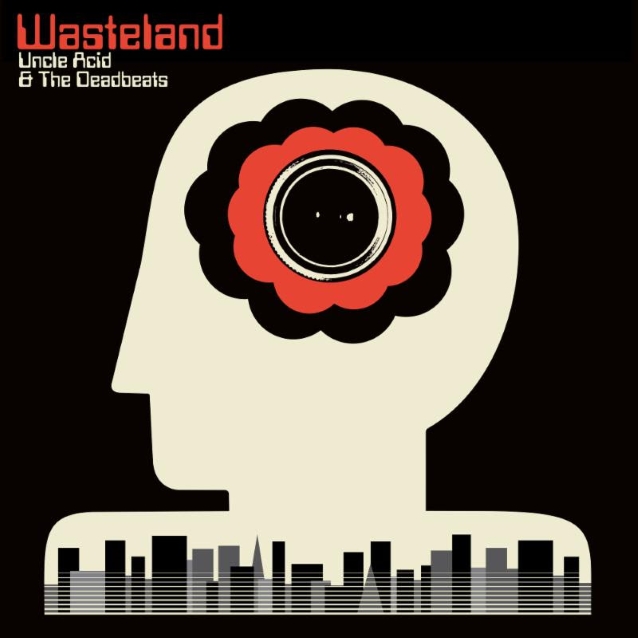