Chicago thrashers WRATH have signed with Combat Records for the release of their new abum, “Rage”. Due on October 5, the disc was produced by Chris Djuricic and WRATH, and mixed and mastered by Bill Metoyer (SLAYER, SACRED REICH, HELSTAR), with cover art created by Ipoet Poetra/Five Mlligrams and WRATH.

The incredible perseverance of WRATH is driven by the fact that the band remains wildly relevant through three decades and counting. From the 1985 breakout debut “Fit Of Anger” and the twisted 1987 sophomore cult favorite “Nothing To Fear”, original vocalist Gary Golwitzer is back at the helm, and WRATH is truly firing on all cylinders.

Originally written as the follow up to 1990’s “Insane Society”, some tracks from “Rage” originated as far back as 1989. With a fresh approach, and a new record deal with David Ellefson and Thom Hazaert‘s revived Combat Records, the rock-solid lineup of Golwitzer on vocals, bassist Gary Modica, the dual-guitar attack of Scott Nyquist and Rob Noon, and powerhouse drummer Jake Fromkin dove head first into “Rage” with a renewed sense of power, angst, and purpose.

The album also features a cover of the MOTÖRHEAD classic “Ace Of Spades”, a tribute to the late Lemmy Kilmister, featuring a guest appearance by ARMORED SAINT guitarist Jeff Duncan.

Says Combat‘s Thom Hazaert: “When me and David relaunched Combat, our goal was to faithfully bridge the past, present, and future of thrash and underground metal. And WRATH, to me, was always one of the unsung heroes of the genre, putting out indisputable classics like ‘Nothing To Fear’ and ‘Fit Of Anger’ that are still so highly regarded by fans. So it made perfect sense when the opportunity came to add them to the Combat roster, especially with the reunited lineup with Gary back in the fold. ‘Rage’ is an amazing record that I think fans, new and old, will talk about for years to come.”

WRATH, alongside Combat labelmates GREEN DEATH, will support Ellefson on the Midwest dates of his “Basstory” tour, including shows in Wisconsin, Illinois and Minnesota. 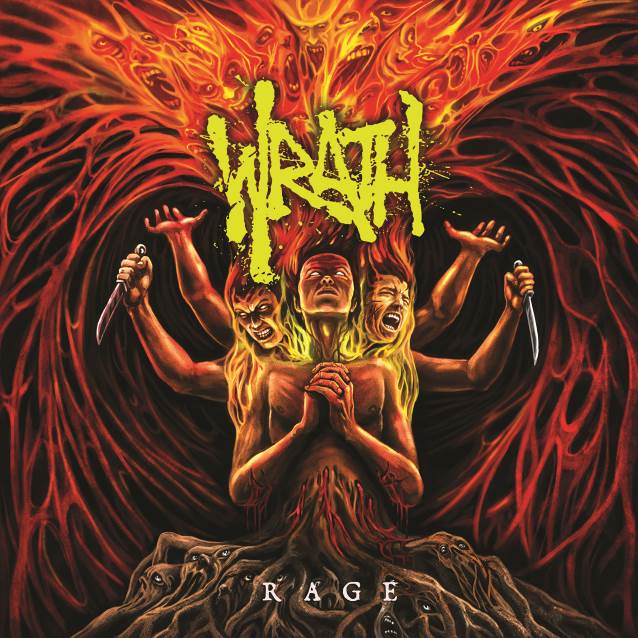