Watch IN THIS MOMENT Perform In Fort Lauderdale

IRON MAIDEN frontman Bruce Dickinson will bring his spoken-word tour to Australia in the fall. The trek, which will kick off on October 18 in Sydney, will celebrate the release of his autobiography, “What Does This Button Do?”, which ticket buyers will receive a special signed copy of.

“What Does This Button Do?”, landed at No. 10 on the New York Times “Hardcover Nonfiction” best sellers list. It was released in the U.S. last October via Dey Street Books (formerly It Books), an imprint of HarperCollins Publishers.

Asked about his decision to keep his family life — including current and former wives, divorces and children — out of his autobiography, Dickinson told BBC Radio 2: “Well, first of all, I don’t read that many autobiographies. So one of the things, when they said, ‘You wanna do it?’ I went, ‘Hmmm. Okay, let me have a look. Let me think to the last couple of autobiographies I read that I really enjoyed.’ And you have to go back a long way to one called ‘The Moon’s A Balloon’ by [British actor] David Niven, which was brilliant. What a great read! It was like a romp. It was like being in a pub with the guy, except you wouldn’t be in a pub with David Niven; you’d be on a yacht, drinking champagne. But anyway, it was like being with him, telling you great stories. And the other one was George Melly ‘Rum, Bum And Concertina’, which was, again, a fantastically well-written, well-crafted series of stories. And I thought, ‘What’s the common theme there?’ They’re all really good stories, they’re all uplifting books in their own right, and none of them are particularly nasty to other people. There’s no need for it, really. And I think there’s a belief that that nastiness somehow sells books. And I’m not sure one, that it does, and two, that it’s particularly the sort of book that I want to be a part of. So I made the decision that, in amongst not being horrid to people, ’cause there’s no point, at the same time, I thought, well, I also don’t want to tell confidences about other people’s lives. If I wanna share a confidence about my life, ’cause it’s my autobiography, fair enough, but dropping other people in it for the sake of, well, ratings, basically, I think is immoral.”

Dickinson admitted, however, that he struggled with whether to involve his family when writing about how he dealt with his cancer diagnosis in 2015. “I did wonder about that, about including [them],” he said. “‘Cause, obviously, my wife was pretty key to surviving the whole thing, and they all had to undergo it, in a sense, in the same way as me. And they were relatively powerless in it as well. I allude to that. But, yeah, I did agonize about that a little bit, because I thought, ‘Am I being entirely fair?’ But I thought, ‘I’ll stick with…’ Because you open up a little Pandora’s box there. Because then people say, ‘Well, who are all these people? Why did they suddenly turn up at the end?’ So, for the sake of continuity, and for the sake of it just it being a good book [I left them out of it].” 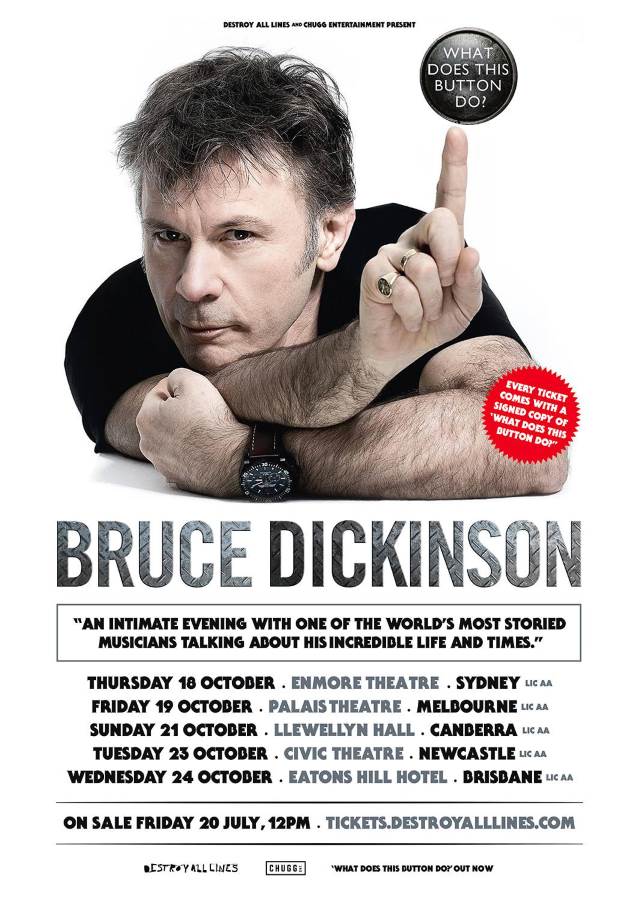