ALICE IN CHAINS Teases 'The One You Know' Single, Video

Drummer Jimmy DeGrasso has confirmed to SiriusXM DJ Eddie Trunk that he is no longer part of RATT. Singer Stephen Pearcy and bassist Juan Croucier are the sole remaining original members in RATT‘s current lineup, which will make its live debut in Mulvane, Kansas on July 7.

Back in March, it was reported by the Metal Sludge web site that guitarist Warren DeMartini was fired by Pearcy and Croucier, with undisclosed sources telling the site that “serious issues” existed between the three members of RATT’s classic lineup. Fellow RATT guitarist Carlos Cavazo apparently confirmed the report a few days later, telling the site that he couldn’t see himself continuing with the band without DeMartini. “I can’t picture anyone else being there other than Warren,” Cavazo was quoted as saying.

RATT — featuring DeMartini, Pearcy, Croucier, DeGrasso and Cavazo — played a number of shows last year after reforming in 2016 in the midst of a highly publicized legal battle with drummer Bobby Blotzer over the rights to the RATT name.

Last month, guitarist George Lynch (DOKKEN, LYNCH MOB, KXM) said that he received an offer to play with RATT, but it eventually fell through. “We just couldn’t come to an agreement on it,” he said. “They haven’t called me back. I’ve been staring at the phone. My wife’s like, ‘Honey, want to go to bed or eat something?’ I’m like, ‘I’m waiting for the RATT phone to ring.’ I’m good with it.”

Interestingly, DeMartini had a short stint with DOKKEN in the early 1990s when Lynch was out of the band. He returned to RATT in 1996.

Spoke to Jimmy DeGrasso last night. He is no longer a part of Ratt and opted to move on. Stephen & Juan remain the sole original members. The new guitar players & drummer TBA but likely not in advance of first show 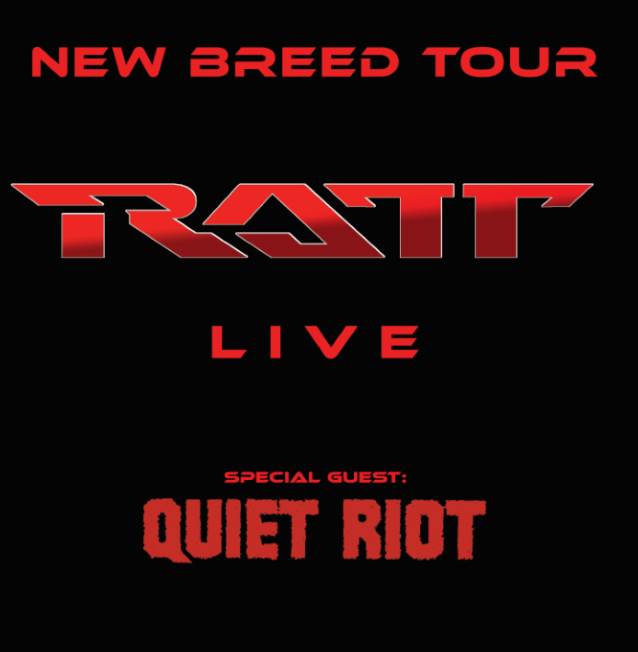