Metal Blade to re-issue IMMOLATION albums 'Close to a World Below', 'Failures for Gods' and 'Here in After' on vinyl as part of their Originals-series

For Those About to Squawk: Tribulation, Bind Torture Kill, Genocide Pact

JONATHAN DAVIS On KORN's 1994 Debut Album: 'I Had No Idea So Many People Felt The Way I Felt'

Californian punk rockers BAD RELIGION have released a brand new song called “The Kids Are Alt-Right”. A nod to THE WHO‘s 1965 anthem “The Kids Are Alright”, it is a sharp takedown of the alt-right movement, captured in lyrics that cut right to the core (e.g., “Humanity is a nowhere scene/When everybody has an AR-15”). With its lyric video offering an onslaught of unnerving images — girls taking selfies in KKK hoods, chalk body outlines as constellations — “The Kids Are Alt-Right” returns to the powerful and melodic Southern California hardcore sound that BAD RELIGION defined on albums like “Suffer”, “No Control” and “Recipe For Hate”.

BAD RELIGION‘s last studio album, “True North”, was released in 2013. Singer Greg Graffin promised in early 2017 that another record was “on the horizon.” But, he cautioned, “‘True North’ was such a good album that I don’t want to put out something that indicates we’re aging. [Laughs] We do plan on getting another record out there, hopefully before our 40th anniversary [in 2020].”

The next BAD RELIGION album will be the band’s first full-length studio effort with Mike Dimkich (replacing Greg Hetson) on guitar and Jamie Miller (replacing Brooks Wackerman) on drums. The band last released the EP “Christmas Songs” in 2013. 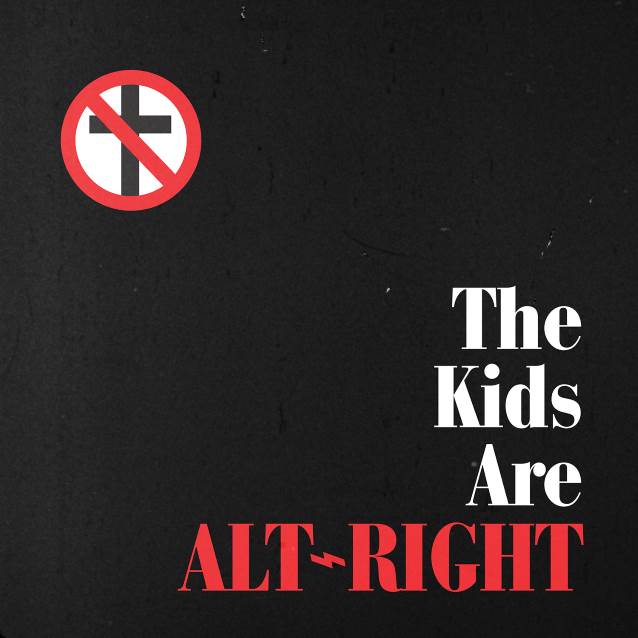