The first single, “Rising High”, can be streamed below.

According to a press release, “Steelfactory” sees “U.D.O. return to their core competence, clearly influenced by their past shows with DIRKSCHNEIDER, the songs in their rousingly simple straightness have a hymn character, as it is only known from the past.”

The press release continues: “‘Steelfactory’ has become a timeless metal album and thus the impressive statement of a master of his craft. With its earthy, punchy and handmade sound — with the participation of the Danish producer Jacob Hansen (among others, VOLBEAT) — ‘Steelfactory’ meets the nerve of the time, which may be triggered again since the successful DIRKSCHNEIDER tour worldwide.”

Dirkschneider has spent the last two years touring under the DIRKSCHNEIDER banner, performing classic ACCEPT songs for the last time. The trek, which was originally supposed to conclude with the band’s North American run in January/February 2017, has now been extended through the fall of 2018.

He was the drummer for ACCEPT on nine albums but was forced to give up drumming towards the end of the band’s initial run after sustaining a serious injury to his back.

Stefan joined U.D.O. as a guitar player in 1996, following ACCEPT‘s second breakup, and recorded nine albums with them, including his most recent release with the group, 2011’s “Rev-Raptor”.

In addition to Udo and his son Sven (drums), the DIRKSCHNEIDER and U.D.O. bands include bassist Fitty Wienhold and guitarist Andrey Smirnov. 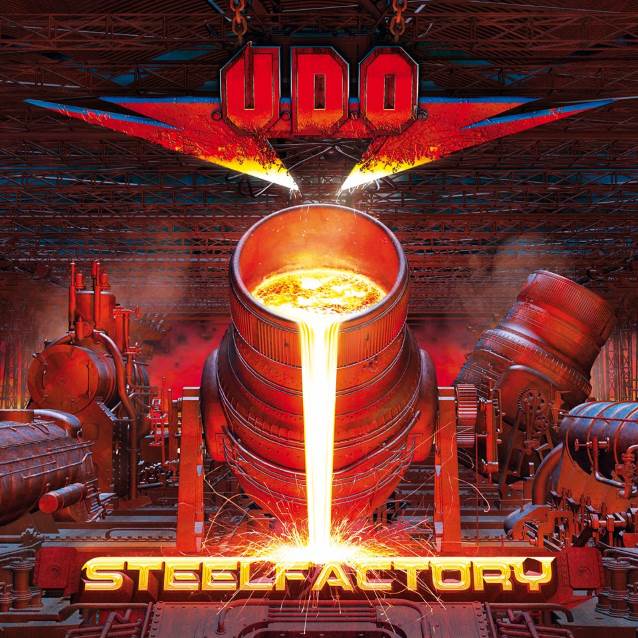