Watch FOO FIGHTERS Perform 'The Pretender' At The Acropolis In Athens, Greece

Frontiers Music Srl will release the comeback album from Swedish melodic rockers SNAKES IN PARADISE, titled “Step Into The Light”, on September 14.

The lyric video for the first single, “Will You Remember Me”, can be seen below.

SNAKES IN PARADISE came to the attention of melodic rock fans in 1993 when they acted as the back-up band for Mark Free. The band introduced the world to their original material soon thereafter when their self-titled debut album was released in 1994. Produced by the late Brett Walker (ALIAS, JEFF PARIS, MITCH MALLOY), the album showcased a combination of British hard rock mixed with American AOR delivered by a soulful blues rock singer and four outstanding musicians. It was truly a dynamic record with immediately hummable melodies while simultaneously not sacrificing the heaviness and power of hard rock.

SNAKES IN PARADISE‘s second album, “Garden Of Eden”, followed in 1999 and was inspired by WHITESNAKE‘s more popular and most well-known material, thus satisfying fans of the musical formula on the band’s debut. After the release of “Dangerous Love” in 2002, another album chock full of hooks and harmonies, the band called it a day.

Singer Stefan Berggren wound up working with COMPANY OF SNAKES (a band formed by former WHITESNAKE members Bernie Marsden, Micky Moody, and Neil Murray), Lee Kerslake (ex-URIAH HEEP, OZZY OSBOURNE) and RAZORBACK for a stretch of time, but in 2016, the members of SNAKES IN PARADISE reconvened to discuss making more music together. “I started to get more and more questions from journalists about a new SNAKES IN PARADISE album, ” says Bergreen. “I was also asked to write some songs in the SNAKES style by a few different musicans. One of them was Alessandro Del Vecchio, with whom I did an album called ‘Revolution Road’. On that album, some of the SNAKES guys were guests. The album turned out great and eventually, SNAKES started to get lots of show offers. One being from the Rockweekend in Stockholm. After the show, I decided to send one of the songs I wrote to Serafino, the president of the Frontiers label. He liked what he heard and offered us a record deal immediately. And here we are.”

“Step Into The Light” is the band’s first album in 16 years and again melds the melodies of classic U.S. AOR of the ’80s with some truly exquisite hard rock. Berggren‘s voice is better than ever and the songwriting is more refined than ever.

“Fans should expect a SNAKES IN PARADISE album with a familiar sound,” continues Bergreen. “Not much has changed musically from the first albums, really. Still the same drum kit and same guys playing together. That makes this our signature sound, but perhaps this time a bit beefier and more mature. We are better musicians now and with a little more depth to the songwriting.”

“We always have a special magic when we play and write together,” concludes Stefan. “We poured our hearts into this album and we hope you like it as much as we do. This could be the strongest album of all the albums we have done. We also hope to see the fans on the road some day soon! ”

“Step Into The Light” track listing:

SNAKES IN PARADISE is: 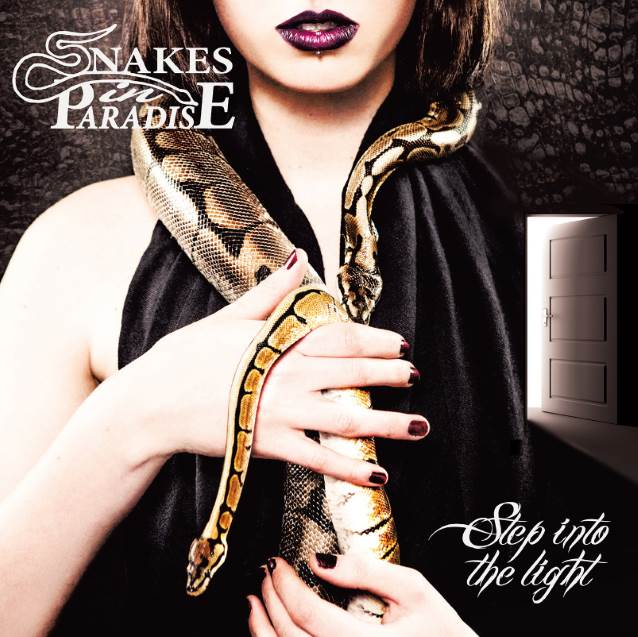