“I’d love to get back onstage with [IRON] MAIDEN,” says ex-vocalist Blaze Bayley in the latest issue of Rock Candy magazine.

With the 25th anniversary of his joining IRON MAIDEN coming up next year, Bayley would jump at the chance of reuniting with his former colleagues for some special guest appearances.

“I’m always ready if the call comes,” says the frontman, who recorded two studio albums with the metal legends, 1995’s “The X Factor” and 1998’s “Virtual XI”. “There’s always been a good relationship between me and the band, so that’s no problem. And I know there are quite a few fans who’d be happy to see it happen. These days there are so many anniversary tours going on, so maybe there’s a chance something will be put together in the future.”

In an exclusive interview with Rock Candy editor at large Malcolm Dome, Bayley opens up on his five-year stint in MAIDEN, saying that the recordings he made with the band are far more appreciated now than they were at the time.

“My period in MAIDEN is regarded a lot more affectionately now,” he says. “This is partly because the albums I made with the band have been reassessed, and people who loathed them back in the day now admit that they’re actually good.”

What’s more, Bayley believes he deserves credit for the more progressive sound of the current MAIDEN lineup, which, of course, now features vocalist Bruce Dickinson back in the fold.

“These days MAIDEN have gone in a much more progressive direction, and for me this all started with ‘The X Factor’,” says Bayley. “The dark lyricism we’ve seen began then as well. So there’s a close link between my period in the band and what’s happening now.”

Bayley is, nonetheless, searingly honest about the difficulties he faced convincing some MAIDEN diehards that he was the right man for the job back in the ’90s. “For certain people, I would never be the right man to sing in MAIDEN,” he admits. “But for other diehards, Bruce Dickinson was never the right person to front the band either after Paul Di’Anno. The majority are very positive about my time in the band, though.”

Read the whole of this revealing article, and many more fascinating features, in issue 8 of Rock Candy, available in shops worldwide or direct at this location. 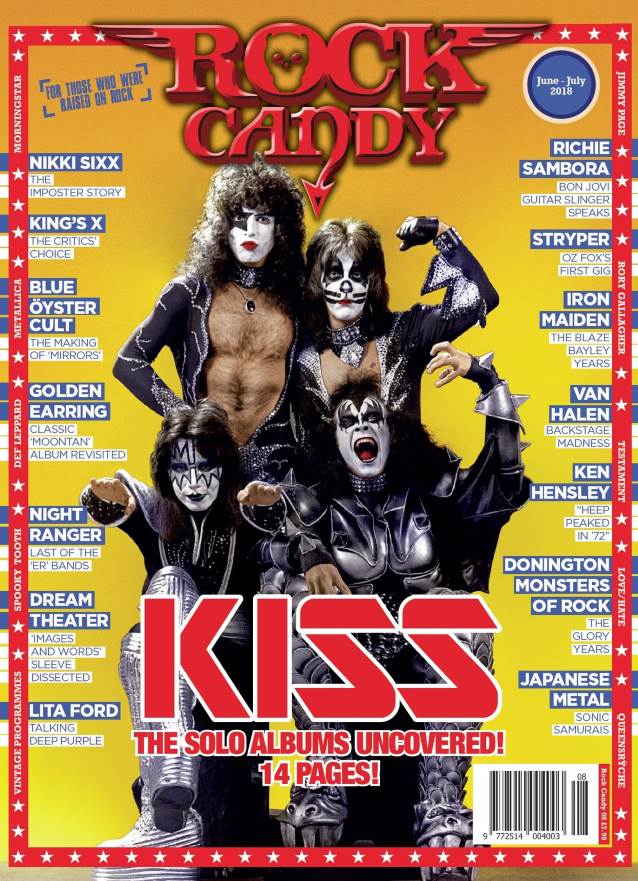