Reject The Sickness - video premiere "My Agony" on Legacy.de

Italy’s CAYNE will release a new album, “Beyond The Scars”, on June 29 via Graviton Music Services.

“Beyond The Scars” is more than a new album for CAYNE. It represents a rebirth, an awakening, a new chapter for the band, after a long silence lasting four years. During these years of turmoil, the group evolved and grew up, then started to write new music, feeding their project with new blood. While the wounds mended, scars were left and beyond those scars a reborn CAYNE arose with an album.

CAYNE was formed in 1999 by guitarists Claudio Leo and Raffaele Zagaria, who were also founding members of LACUNA COIL back in 1994. They released their debut album, “Old Faded Pictures”, in 2001, after which the band went into hibernation for almost 10 years. In 2011 CAYNE came back to life and released an EP titled “Addicted”, whose promotion was supported by an Italian tour as opening act for their friends LACUNA COIL. The band’s live performances received many great reviews on metal portals and in magazines, which inspired the sextet to start to work on a new album, simply titled “Cayne”. This album has been released in 2013. Sadly though, the release of this album was darkened by Claudio Leo‘s passing after a long illness. To pay tribute to Claudio‘s legacy, the band carried on with even more passion, which took them on an 18-date European tour with VIZA, where they had the opportunity to play the mighty Hammerfest in the U.K. as well.

The end of 2016 marked another rebirth of the band: young drummer Giovanni Tani joined CAYNE and what now became a quintet started working on a new album in the studio, with Diego Minach as producer. This new album delivers the power of CAYNE‘s sound and at the same time taking things a step further. While Giordano‘s great vocal skills were instrumental in creating unforgettable melodies on the one end, the band further enriched the new songs with a wide use of synthesizers and electronics, as well as the inclusion of the band’s signature sound by incorporating the violin in the musical arrangements.

The upcoming album includes 12 songs and lasts for almost an hour. Meanwhile a comical video was produced for the track “Blessed By The Night”, featuring the guys from the band riding a DeLorean in a wild night, where they encounter a bunch of famous cinema, comedy and music stars from the ’80s. 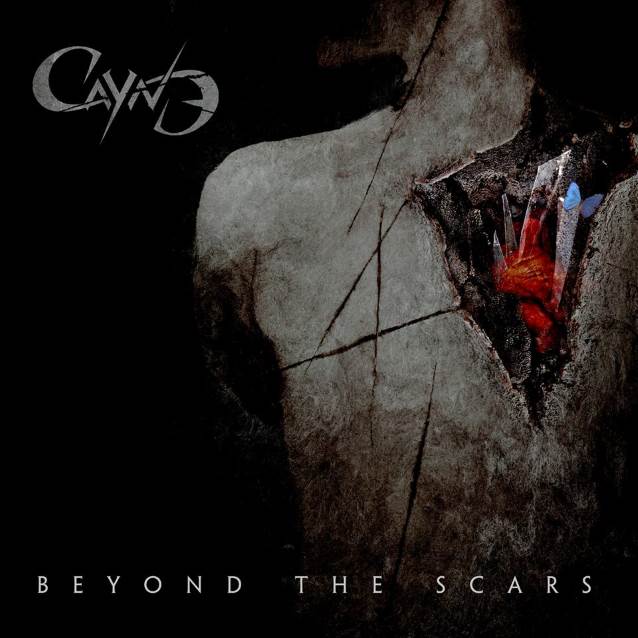