Behind-the-scenes footage from the Byron Bay, Brisbane and Sydney shows on SEPULTURA‘s just-completed Australian tour with DEATH ANGEL can be seen below. 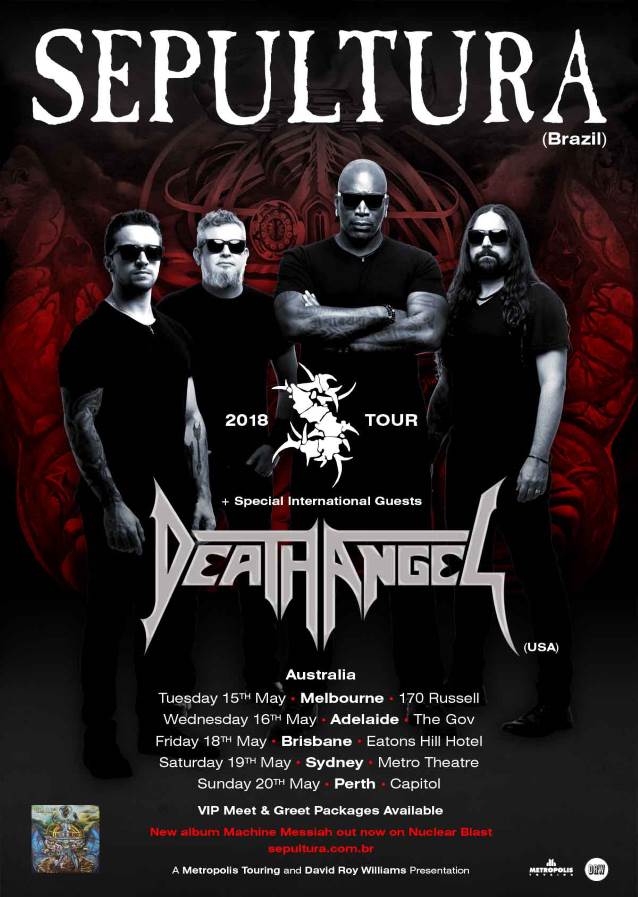