Former MICHAEL SCHENKER GROUP Singer JARI TIURA: 'Away From All The Magic And Wonder' Lyric Video

For many rock listeners, Gaborone, Botswana is not the first location one thinks of when it comes to the hometown of many heavy metal bands. But since 2006, the three-piece SKINFLINT has been making its hometown located in Southern Africa proud. On June 1, the group will issue its fifth, self-titled full-length release overall via INTO Records (distributed by Cargo Records), and as heard by such standout cuts as “Eyes In A Leopard’s Spots” and “Birds And Milk, Bloody Milk”, SKINFLINT continues to build on the promise of its previous albums.

“We feel that this album is the culmination of our style of African metal,” explains the band.

“The album was named ‘Skinflint’ as we feel that the music here best showcases our artistic vision and what SKINFLINT stands for.

“We chose ‘Birds And Milk, Bloody Milk’ as the first single of the album due to its distinctive style and Kwasa Kwasa influences, which has never been explored in the realms rock/metal music before. For the video, we included Kwasa Kwasa dancers and shot it in two days at a village called Mokatse, in Botswana.

“Making this album was a challenging experience even though, strangely, we wrote the majority of the songs in about a week. We allowed the compositions to happen organically and as a result we uncovered a new mystical, dimension to our style of music.

“The album is not overproduced and retains the raw energy and passion of a band live in the studio.

“The video for ‘Birds And Milk, Bloody Milk’ was quite fun to shoot, as we have never featured dancers in any of our videos.”

Comprised of guitarist/vocalist Giuseppe Sbrana, bassist Kebonye Nkoloso and drummer Alessandra Sbrana, SKINFLINT puts a unique spin on heavy music by incorporating elements from African culture with metal music, and in the process has attracted the attention of such international media outlets as CNN, Dutch TV, Swedish national television, BBC and many more. Their earlier releases, “Iklwa”, “Gauna”, “Dipoko Nyemba” and “Chief Of The Ghosts”, pay homage to African spirituality and mythology, while still playing in the vein of traditional heavy metal, and have been credited as a pioneering example of African metal.

So far, SKINFLINT has played shows in Southern Africa, Kenya and enjoyed successful tours as far as Sweden and throughout Europe with TARJA. 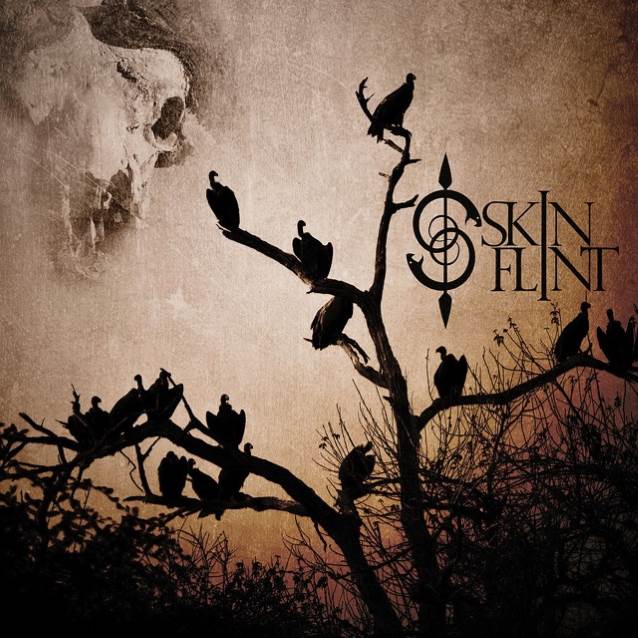