GEORGE LYNCH And COREY GLOVER Team Up In ULTRAPHONIX: 'Original Human Music' Album Due In August

ADLER’S APPETITE FEATURING CONSTANTINE MAROULIS will celebrate the 30th anniversary of GNR‘s classic debut album by performing “Appetite For Destruction” in its entirety on an Australian tour later this month.

Each stop on Adler‘s Australian tour will feature a question-and-answer session with Steven and his mother, Deanna Adler, steadfast supporter and author of “Sweet Child Of Mine: How I Lost My Son To Guns N’ Roses”. During the last quarter century, Deanna Adler kept her diaries, journals, and personal letters, as well as a dozen scrapbooks and hundreds of photographs, putting them aside for safekeeping. This is your opportunity to experience the rare personal and emotive journey about raising her son, and the efforts of keeping him alive and herself sane.

“Of course, GUNS N’ ROSES was the soundtrack to my youth,” Maroulis told Billboard. “To play with Steven has been the highlight of my career. He’s a lovely guy, and his playing on ‘Appetite [For Destruction]’ was second to none, and that sound he made on it defined that whole generation’s sound.”

Adler stated about the singer: “Let me just fucking tell you something… this guy Constantine, who I call ‘Casanova‘… he came up to New York and I’m, like, ‘Oh my God, I got this great rock and roll singer!’ I’m finally working with a real superstar again. I call him ‘Casanova‘ because he’s so goddamn sexy. Because he dresses so nice. I wish I was his size so I could double my wardrobe! … He flew up to New York and within five minutes, I wanted to kick his fuckin’ ass! And within 10 minutes, I fell in love with him!”

Adler added: “GUNS N’ ROSES are the biggest rock band in the fuckin’ world now, and since the guys don’t want me to play with them and I love these songs and I’m so proud of them … now I finally have a singer who can compete with the young Axl Rose. Axl is Axl and Casanova is fuckin’ Casanova…. That’s all I want. Also, his name isn’t ‘asshole’ it’s Axl. It sounds like you’re saying ‘asshole,’ but it’s Axl.” 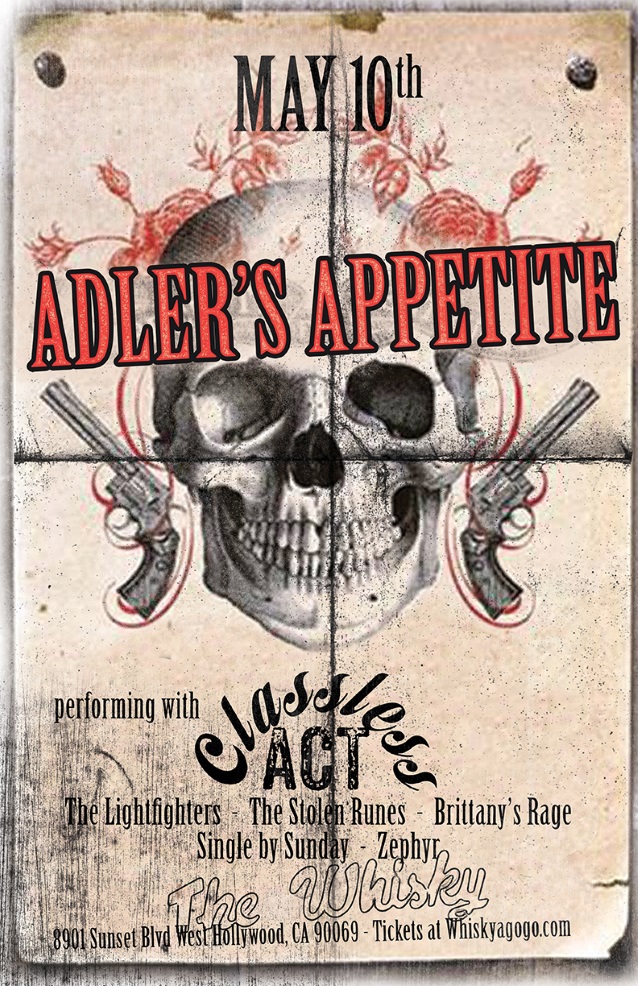