No Corporate Beer: Short and Stout

GHOST‘s Tobias Forge is the featured guest on the on the exclusive 10-inch vinyl version of “House Of Doom”, a brand new song from CANDLEMASS. The tune is the soundtrack of the game with the same name, which was co-designed by the legendary Swedish doom metal band.

Forge can be heard on the nine-and-a-half-minute-long version of “House Of Doom”, which will be made available as a 10-inch etched vinyl.

The “House Of Doom” soundtrack will be released on May 25 as an EP with three bonus tracks via Napalm Records.

A full-length album will be released in the fall.

Forge, as Papa Emeritus III, previously joined CANDLEMASS on stage in July 2016 at the Gefle Metal Festival in Gävle, Sweden to perform the CANDLEMASS classic “Well Of Souls”.

CANDLEMASS singer Mats Levén stated about the “House Of Doom” EP: “We in CANDLEMASS are proud to present four new songs to the world on the new EP ‘House Of Doom’! The title track is inspired by the ‘House Of Doom’ game from Hyperfrost. We’re also very happy that our label Napalm Records are with us all the way. 2018 will be a big year for CANDLEMASS!”

“House Of Doom” is a five-reel video slot with 10 fixed paylines. It is a volatile game with a high payout. There are wilds, free(doom)spins and bonus scatter symbols (the Skull). Landing three skulls at the right moment triggers the Skulls Of Abyss bonus game, where hidden prizes can be won…

The “House Of Doom” soundtrack was written by CANDLEMASS bassist Leif Edling, produced by Marcus Jidell, mixed by David Castillo and mastered by Maor Appelbaum.

Edling said last fall that he was working on a new CANDLEMASS song that was “a part of something bigger, something really cool that will take the band on another adventure.” He described the process as “very exciting and a new challenge for me as a songwriter.”

Yep, Papa Emeritus III is our guest on the exclusive 10” vinyl version of ‘House of Doom’! #ghost #ghostbc #heavymetal #candlemass 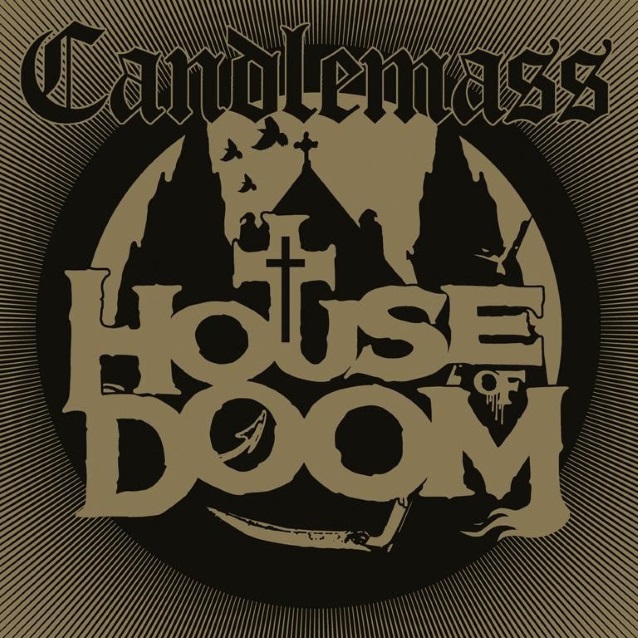