METALLICA's 'Hardwired… To Self-Destruct' To Return To No. 2 Thanks To Concert Ticket/Album Bundle

EXODUS To Tour Europe This Summer

In the new single, produced by McCready, KT takes center stage, showcasing her voice’s blues tones as she powers through the classic melody, as well as taking up acoustic guitar, bass, keyboard and percussion duties. McCready joins on backing vocals and guitar then enters with a rippling guitar solo as the song climaxes. Performing on drums is Leah Julius from THUNDERPUSSY. Proceeds from the track will go to PEARL JAM‘s Vitalogy Foundation.

Fans were invited to take part in a collaborative music video for the song where they sent in footage from marches and gatherings they have attended for positive causes. This footage has been incorporated into a video to demonstrate the power people have to change the world. You can view the video below.

KT and Mike chose to cover this song to honor Tom Petty, but also as a shout of support to all the people across the globe standing up for justice and equality, and demanding a better world. The single arrives in time for summer as KT tours worldwide with superb artists including BARENAKED LADIES, THE PRETENDERS, SIMPLE MINDS and Gary Barlow. 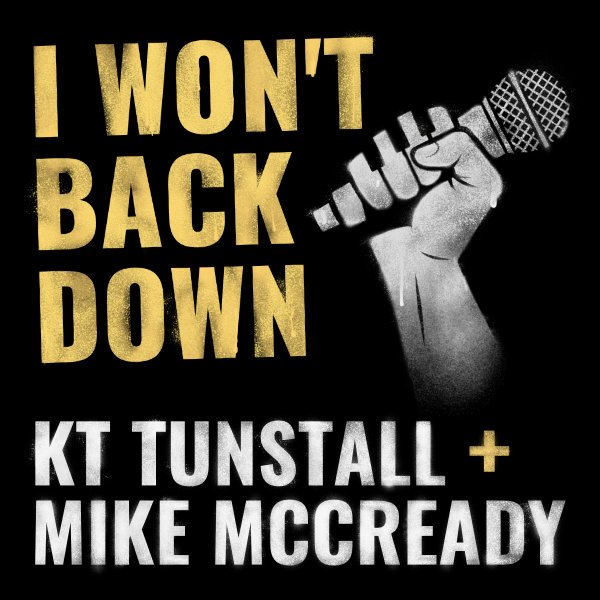