For Those About to Squawk: Judas Priest, Pestilence, Nightwish

Listen To new THE CROWN Song 'We Avenge!'

MEGADETH bassist David Ellefson will release “More Life With Deth”, the follow-up to his memoir “My Life With Deth”, in November via Ellefson Music Press. The book was co-written by his business partner, radio personality and music journalist Thom Hazaert, and features contributions from Alice Cooper, Brian “Head” Welch (KORN), Dirk Verbeuren (MEGADETH) and many more of David‘s friends.

“More Life With Deth” continues where Ellefson left off with “My Life With Deth”. It picks up the story after his departure from MEGADETH in the mid-2000s through his triumphant return in 2010, giving you an inside look at the continued saga of one of the world’s biggest and most enduring heavy metal bands.

Through the words of Ellefson, Hazaert and friends and colleagues, including Malcolm Dome, Mark Slaughter (SLAUGHTER), Marc Rizzo (SOULFLY), Ron Keel and many more, “More Life With Deth” is an insightful and personal look at one of the most revered rock musicians, and celebrated entrepreneurs, of our generation.

“It’s a good thing Ellefson found some time to write his new book, ‘More Life With Deth’, because I cannot wait to read it to figure out how he does it all!” said Welch. “Keep going, David!”

“My Life With Deth” chronicled the story of Ellefson‘s fall into addiction during MEGADETH‘s early years, followed by his subsequent recovery and the return to faith which championed the band’s rise to fame over the past several decades. The book was written with Joel McIver, the bestselling author of more than two dozen books on rock music, and featured a foreword by Cooper.

Ellefson was in MEGADETH from the band’s inception in 1983 to 2002, when the group briefly broke up because guitarist/vocalist Dave Mustaine suffered severe nerve damage that left him unable to play. After Mustaine reformed MEGADETH with an all-new lineup in 2004, Ellefson sued his former bandmate for $18.5 million, alleging that Mustaine still owed him substantial merchandise and publishing royalties. In January 2005, the case was dismissed in court, and five years later, Ellefson rejoined MEGADETH. 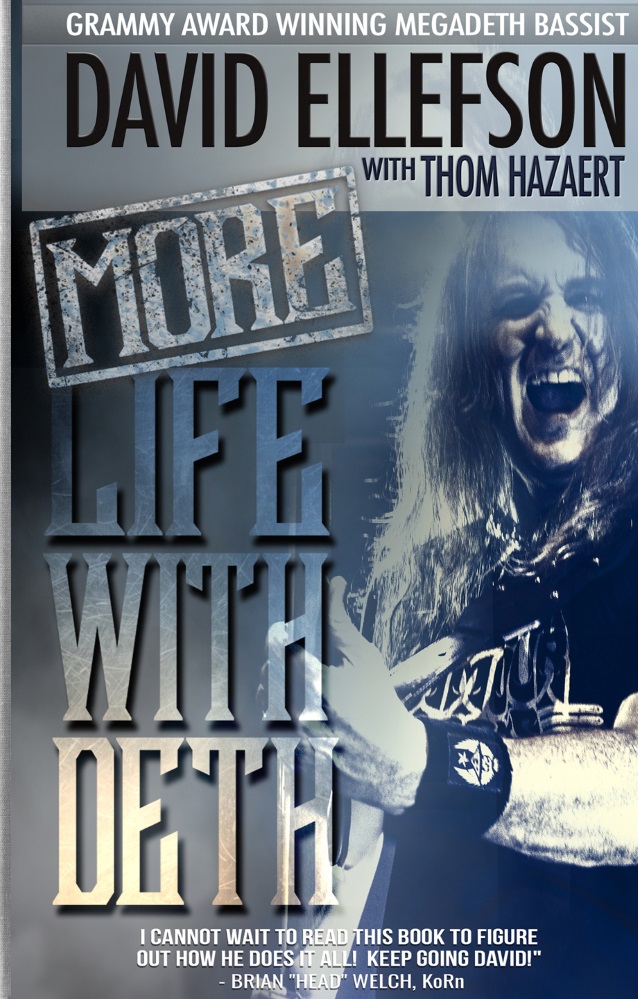