LIGHT THIS CITY returns with ten blazing tracks that capture the band’s tendency towards extreme melody and intensity, honoring the Swedish sound of the ’90s.

Having spent the past decade performing and touring in numerous other bands, the five members of LIGHT THIS CITY have only honed and shaped their skills and musicianship since their 2008 effort “Stormchaser”.

“Terminal Bloom” was recorded from December 2017 through February 2018 with Zack Ohren (SUFFOCATION, CATTLE DECAPITATION, FALLUJAH) at Castle Ultimate Studios in Oakland, California, as with their previous four albums, and is wrapped in the vibrant cover artwork of Tony Midi.

“Terminal Bloom” will be released on CD, LP, and digital formats on May 25 through drummer Ben Murray‘s Creator-Destructor Records. 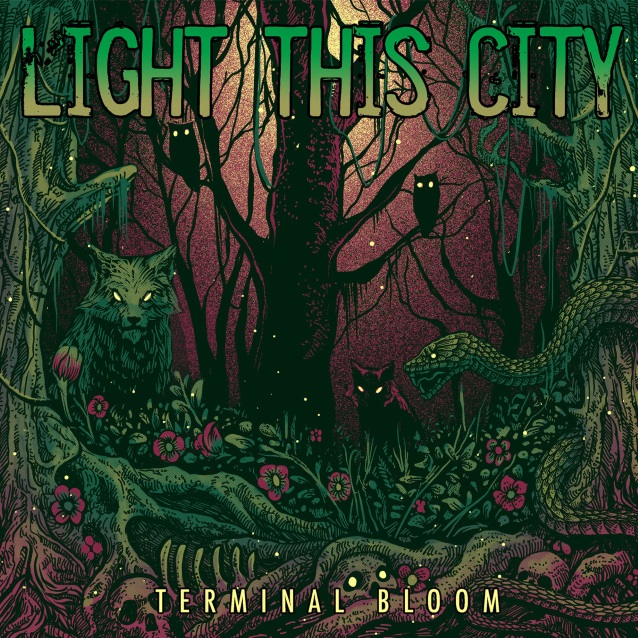