BLESSTHEFALL‘s video for the song “Sleepless In Phoenix” can be seen below. The track is taken from the band’s latest album, “Hard Feelings”, which was released on March 23 via Rise Records. The disc was produced by Tyler Smyth, with additional production by Matt Good and Howard Benson.

“It was pretty awesome filming this video about Phoenix while we were actually in Phoenix,” said frontman Beau Bokan.”The whole concept is about a dude who buys a possessed TV and he can’t get rid of it! We wanted sort of a ‘Black Mirror’/‘Twilight Zone’ vibe. Since the narrative and the performance are happening at the same time, you’ll have to watch this multiple times to catch it all! This is one of the coolest videos we’ve ever made.”

Bokan told Upset magazine about the “Hard Feelings” album title: “Once all the songs started coming together, we realized how much raw emotion was put into every line. My wife was wearing a hoodie that said ‘No Hard Feelings’ on it. As I was in the middle of writing, I saw that hoodie and said to myself, ‘Nah, fuck that. Hard feelings.’ It’s pretty random, but it all clicked.”

The singer said that the new disc “sounds fresh. It doesn’t sound like anything we’ve done before, but we’ve managed to keep our integrity. Fans will hear something familiar, but they will also be extremely surprised to hear what we created.”

Regarding the decision to sign with Rise, Bokan said: “We were speaking to a few different labels, and frankly, we really didn’t know what the future held for us as a band. Our last album was completely neglected. So we were in a scary position. Rise has a grassroots approach to the way they run their label. They don’t have 25 employees running around. They have their shit together, and they’re hard workers, just like we are.”

BLESSTHEFALL will hit the road later this month, touring with BLACK VEIL BRIDES and ASKING ALEXANDRIA. 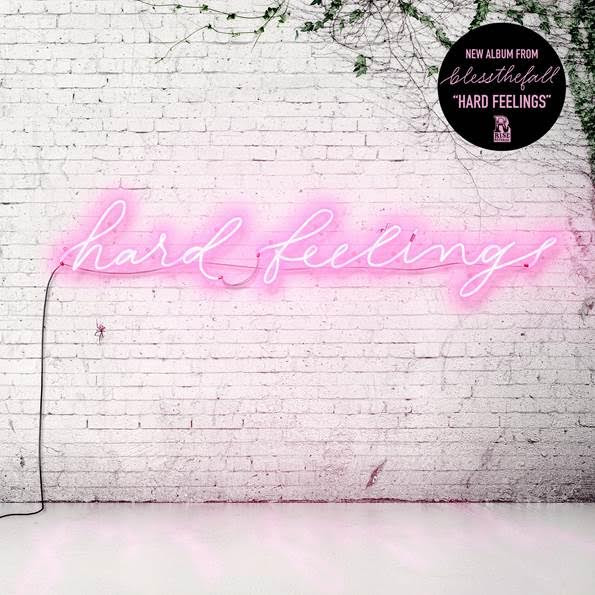