Re-visiting Mouth of the Architect’s The Ties That Blind

BILLY DUFFY Says THE CULT Has 'Talked About' Making Another Album

Centrate - In the face of death

The official lyric/performance video for the song “The Safety Of Disbelief” from LIGHT THE TORCH (formerly DEVIL YOU KNOW), the band fronted by former KILLSWITCH ENGAGE singer Howard Jones, can be seen below. The trck is taken from LIGHT THE TORCH‘s debut album, “Revival”, which was released today (March 30) via Nuclear Blast Entertainment.

“2016 was a really tough year for us as a band, both personally and professionally,” explained Jones. “While going through some lineup changes, we were also battling some issues with the use of our band name. At the same time, I was trying to deal with the loss of my oldest brother, which really hit me hard. During that time, we just bonded like never before. We all meshed because we faced war together. We survived. At the end, we realized we were a real band and decided to make an album representing that resilience. Honestly, we came out of the dark. The name literally signifies what we went through.”

“It was time for a change”, the singer continued. “It was time for us to try and stretch our wings. We were really going for songs. The structuring made more sense. I was focused on melody and harmony. I really cut loose. All in all, it was the perfect storm. We had so much fun making this, because there were really no restrictions other than creating a heavy and catchy body of work.”

DEVIL YOU KNOW‘s name change was prompted by a dispute with the band’s former drummer, John Sankey, who left the group in June 2016.

In addition to playing songs from its debut, LIGHT THE TORCH will perform DEVIL YOU KNOW songs at its live shows. 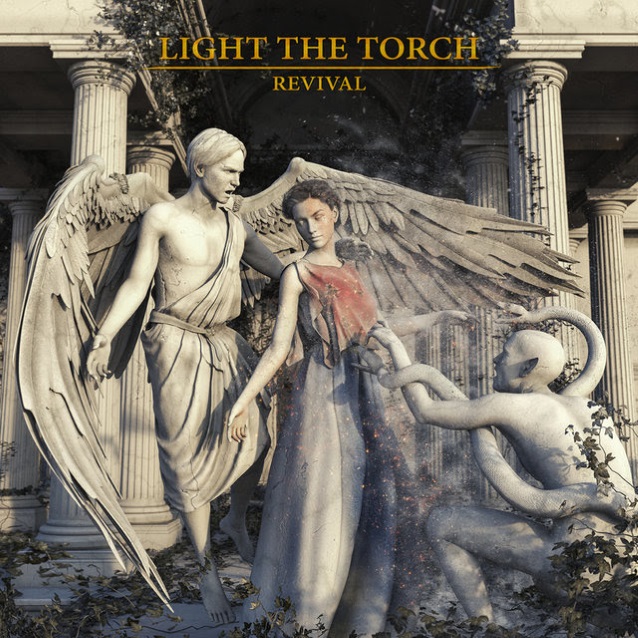