METALLICA drummer Lars Ulrich says that he “never lost that sense of being a fan,” despite having been a member of one of the most successful rock bands for nearly four decades. “I think I have a lot of passion for life and a lot of passion for living,” he tells Kerrang! magazine. “If you open your eyes and take it all in — all of this and playing rock shows — it doesn’t douse the fire. There’s a perception that the more famous you get, the less you need that, but why would you stop? I don’t consider myself any less turned on by the things that turn me on than I did 10, 20, 30 or 40 years ago.

“I absolutely still have this crazy thing about music and art in general,” he continues. “When something speaks to me, I’ve got to shout about it from every rooftop, to envelop myself in it and share it. Ultimately, when all of this is gone, none of it means anything. The basic human need and function is to connect with other people. Nobody wants to be alone.”

Asked how he has maintained his energy for discovery after all these years, Ulrich said: “Um… good question. I guess probably the ability to separate all this, maybe? All of us in METALLICA have done a really good job of keeping checks and balances. We allow ourselves to grow, we allow ourselves to experience and to continue on this journey, and despite all the 20,000-people shows, the honors or the platinum discs, it doesn’t mean you stop caring. When I hear a great song or see a great film, it turns me on. It’s a great question, and I’m not sure I have a soundbite answer for you, but that [fandom] hasn’t changed.

“I don’t think that our personalities have changed that much either,” he adds. “Given the circumstances, we’re fairly normal people — given the circumstances! We don’t have major basket cases in this band. The DNA and the wheelhouse, or whatever you want to call it, is intact. Within the realm of rock ‘n’ roll, we got lucky.”

METALLICA played eight shows in Europe last month and has another 15 dates booked between now and mid-May.

METALLICA recently announced the details of the 2018-2019 North American leg of of its “WorldWired” tour in support of the band’s latest album, “Hardwired… To Self-Destruct”.

The 34-date trek kicks off September 2 in Madison, Wisconsin and runs through March 13 in Grand Rapids, Michigan. Each ticket purchase will be accompanied by a physical or digital copy of “Hardwired… To Self-Destruct”. 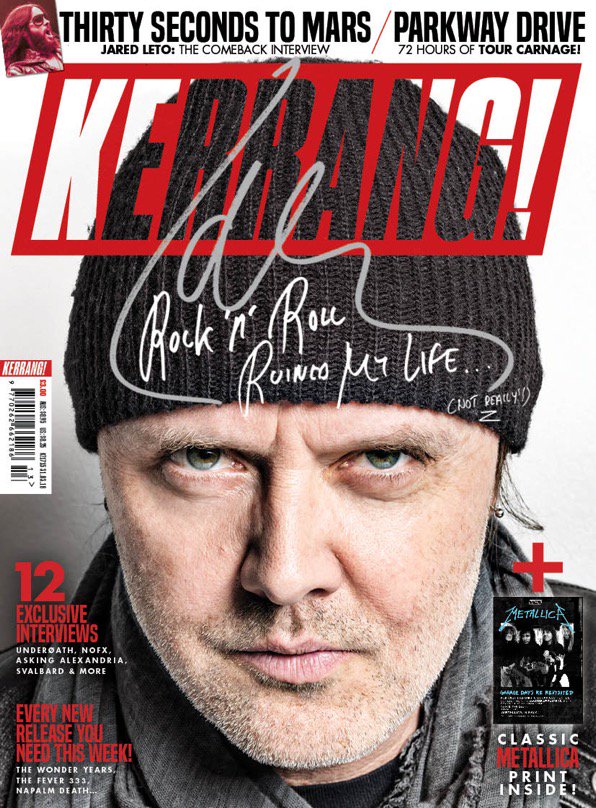