Ex-SLIPKNOT Drummer JOEY JORDISON On Overcoming Recent Health Issues: 'There's No Way I'm Not Going Back Out On Tour'

ANTHRAX's SCOTT IAN: How Fatherhood Has Changed My Life

The official video for the song “Broken Heart” from ESCAPE THE FATE can be seen below. The song is taken from the band’s sixth full-length album, “I Am Human”, which will be released on March 30 via Better Noise Records.

“I Am Human” sees ESCAPE THE FATE at its most raw, real, and relatable. Helmed by Grammy Award-nominated super producer Howard Benson (MY CHEMICAL ROMANCE, IN FLAMES, ALL THAT REMAINS), this record sees an evolution of ESCAPE THE FATE‘s sound that brings the band back to the excitement of their roots.

“We’re getting older, and we’re changing — so our music should change with us,” singer Craig Mabbitt says. “At the same time, we rediscovered what made us who we are. I felt like I was 17 years old again. I haven’t been this excited to release something since I first joined the band and we put out ‘This War Is Ours’.”

“I Am Human” track listing:

ESCAPE THE FATE has announced its return to North America for a number of headline appearances, dates supporting PAPA ROACH, and a run of Australia and New Zealand celebrating the 10th anniversary of its classic sophomore album, “This War Is Ours”. Beginning on Wednesday, April 4 in Spartanburg, South Carolina, the tour will visit major markets such as Montreal, Quebec, Canada on Saturday, April 14; Detroit, Michigan on Thursday, April 19; Cleveland, Ohio on Saturday, April 21; Seattle, Washington on Friday, May 4; Houston, Texas on Saturday, May 12; and many more. ESCAPE THE FATE will also perform “This War Is Ours” in Australia and New Zealand from Monday, May 28 through Monday, June 4, visiting cities such as Perth, Adelaide, Melbourne, Sydney, Newcastle, Brisbane and Wellington. 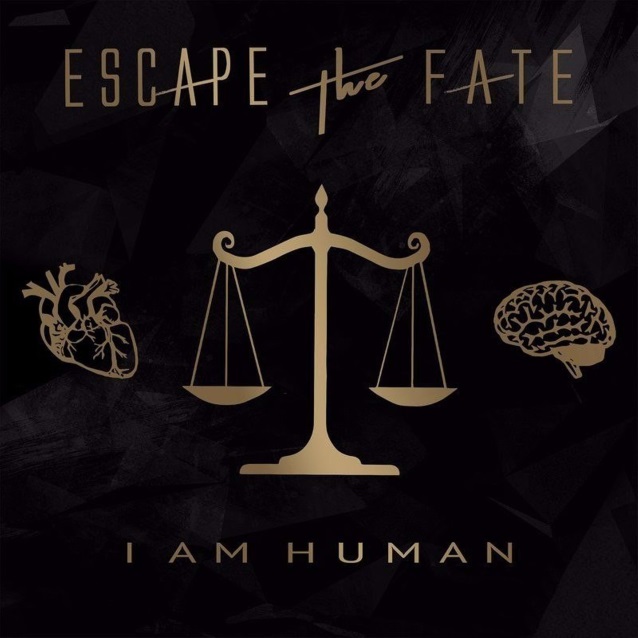