PEARL JAM performed its new song “Can’t Deny Me” live for the first time at the band’s first show of 2018, which took place last night (Tuesday, March 13) at the Movistar Arena in Santiago, Chile.

Singer Eddie Vedder spoke to the Chilean crowd in Spanish and dedicated the track to the students of Stoneman Douglas High School in Parkland, Florida.

“Can’t Deny Me” was released on Tuesday (March 13). The just-over-two-and-a-half-minute song was co-produced by the band and Brendan O’Brien and is set to appear on PEARL JAM‘s forthcoming LP. The band has yet to announce a release date for the follow-up to 2013’s “Lightning Bolt”. The music for the track was written by guitarist Mike McCready and lyrics by Vedder. Artwork for the single was created by bassist Jeff Ament and videographer Kevin Shuss. The song appears to take direct aim at President Donald Trump — albeit without mentioning his name.

PEARL JAM also has shows scheduled for Europe and North America in the coming months. 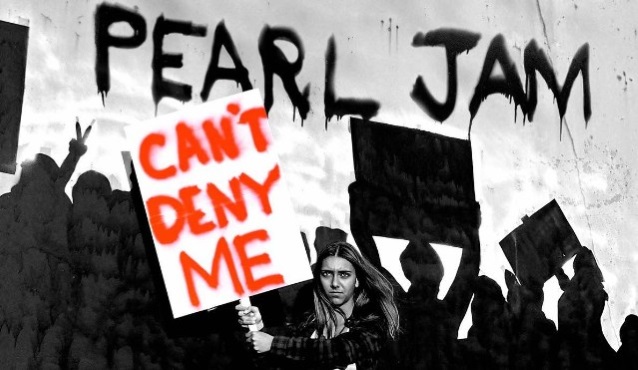