The three songs — “C’mon C’mon”, “Rock On” and “Rocket” — were laid down during a May 8, 2008 session while DEF LEPPARD was promoting its “Songs From The Sparkle Lounge” album. The session was filmed for the U.K. TV show “Live From Abbey Road” and was broadcast in August 2008 on More4 TV.

“Def Leppard” was the band’s first studio effort since “Songs From the Sparkle Lounge”. It entered The Billboard 200 chart at position No. 10 with first-week sales of just over 30,000 units — nearly all from pure album sales.

DEF LEPPARD and JOURNEY will join forces for a massive co-headlining tour of North American stadiums and arenas. The 58-city trek will kick off on May 21 in Hartford, Connecticut and run through October 6 in Los Angeles. 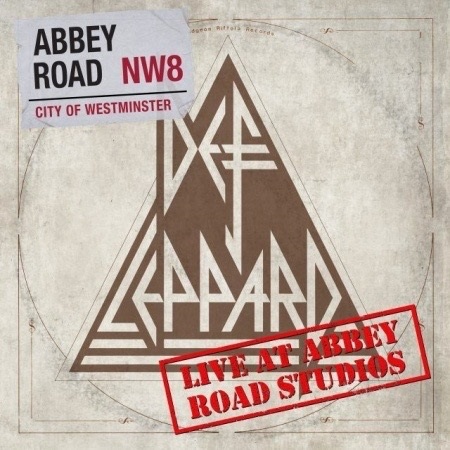