Reject The Sickness - video premiere "My Agony" on Legacy.de

PHILIP ANSELMO: Why A PANTERA 'Reunion' Would Be Important To Me

SHINEDOWN and GODSMACK have announced a co-headlining tour as part of Live Nation‘s “Ticket To Rock” program. The program lets attendees purchase tickets for multiple shows by different bands in one city for one price.

“Ticket To Rock” bundles begin at $59 for three concerts and $69 for four concerts for lawn or reserved upper pavilion seating. Those prices jump $20 for reserved ticket bundles.

SHINEDOWN has completed recording its new album for a tentative late spring/early summer release via Atlantic. The follow-up to 2015’s “Threat To Survival” marks the group’s first full-length effort to be produced entirely by bassist Eric Bass.

“Threat To Survival” contained the No. 1 rock radio hits “Cut The Cord” and “State Of My Head”, along with the Top 10 tracks “Asking For It” and “How Did You Love”.

GODSMACK has set “When Legends Rise” as the title of its first album in four years, due out April 27. The band has also shared the first single from the LP, called “Bulletproof”, posting the track online and sending it to rock radio stations nationwide. An official music video for the track is coming soon.

The new disc is GODSMACK‘s seventh studio effort and follows up to 2014’s “1000hp”. It’s also the band’s first release through BMG after splitting with its longtime home, Republic/Universal Records. 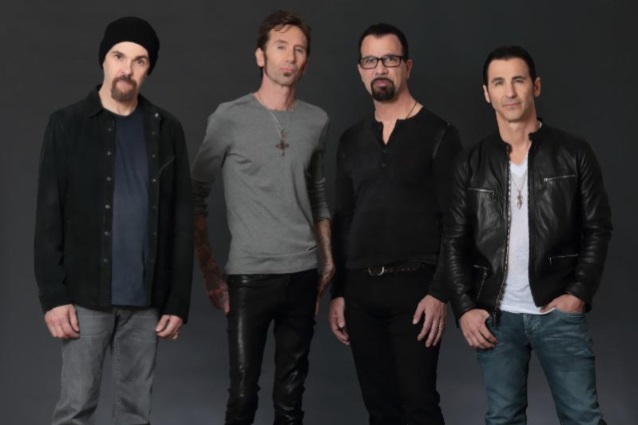 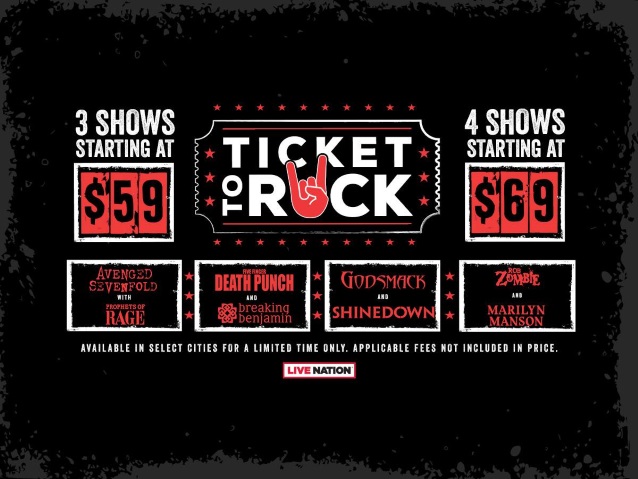