BON JOVI‘s latest album, “This House Is Not For Sale” — which debuted at No. 1 in 2016 — has officially returned to the top of the Billboard 200 chart. The band’s new single, “When We Were Us”, is also the most-added at AC radio this week.

According to Billboard, “This House Is Not For Sale” re-entered the chart with 120,000 equivalent album units earned in the week ending March 1. The surge back to No. 1 is owed nearly entirely to sales generated by a concert ticket/album sale redemption offer with BON JOVI‘s upcoming U.S. arena tour.

For the tour’s ticket/album sale redemption offer, the price of the standard CD edition of “This House Is Not for Sale” was bundled into the purchase price of each ticket sold online to the tour. Customers received, via e-mail, a redemption offer for the album, where they could choose to redeem the CD and have it mailed to them. The only sales that count towards the charts are those albums that are redeemed by customers. Many ticket buyers never redeem the offer.

“It was a very personal and gratifying experience the first time we released ‘This House Is Not For Sale’ in November of 2016,” said Jon Bon Jovi. “To see it return to the No. 1 slot is an honor we owe entirely to our fans. Hitting the road on the heels of a No. 1 is definitely not a bad way to kick off a tour. See you soon …”

Excitement has been building for the band’s return to the road and new single, which began in January when Jon Bon Jovi appeared as a guest on “The Late Show With Stephen Colbert”. During the interview, Colbert invited Jon to return with his Grammy Award-winning band for two nights of performances. Bon Jovi made good on the promise, returning to perform long-time favorite anthem “You Give Love a Bad Name”, and the U.S. television debut performance of “When We Were Us”.

Next up, BON JOVI will perform on the iHeartRadio Awards on Sunday, March 11 where they will also be honored with the inaugural Icon Award for their endurance, legacy, and impact on popular music over the last three decades.

The first iteration of “This House Is Not for Sale” (Island Records) was released November 4, 2016, giving the rock band its sixth U.S. No. 1. Worldwide, the album hit No. 1 in Australia and Austria; No. 2 in Spain and Switzerland; No. 3 in Canada and Germany; and hit the top 10 in Belgium, the Netherlands, Ireland, Italy, Portugal, Scotland and the United Kingdom. 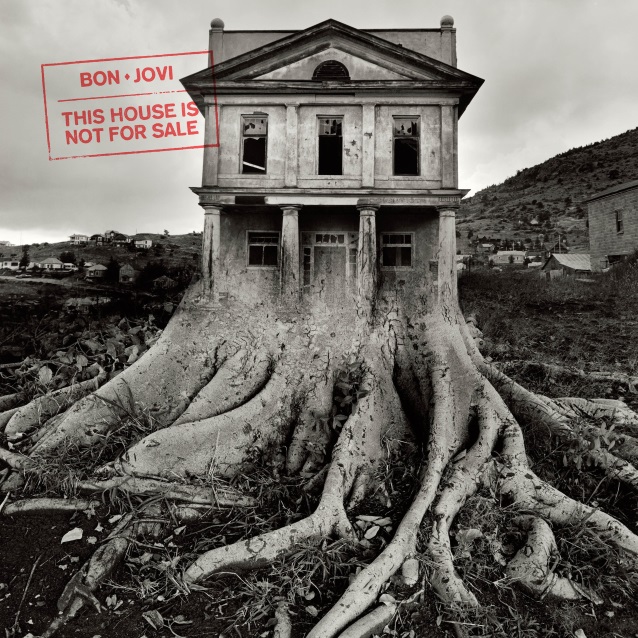