Finland’s Kaaos TV conducted an interview with guitarists Anton Kabanen (ex-BATTLE BEAST) and Kasperi Heikkinen (ex-U.D.O.) of Finnish melodic metallers BEAST IN BLACK prior to the band’s February 10 concert at Nosturi in Helsinki. You can watch the entire chat below. A few excerpts follow (transcribed by BLABBERMOUTH.NET).

On whether the band is pleased with the reaction to their 2017 debut studio album, “Berserker”:

Anton: “Yeah, we have been. Like Kasperi said about the [Nosturi] gig, we didn’t expect the gig to be sold out and people to be so crazy about it. The same thing with the album. We had no expectations, basically. We felt that, ‘Okay, we did a good job,’ and were happy with the album and the reviews kept coming in and they kept coming and it was more than we expected. Good and bad, but mostly good. YouTube is a big part nowadays for every band and there, we also kind of took a ‘rocket launch’ beginning. People are watching the video very much, the first music video we released. That also plays a big role nowadays. One song can matter very much. People don’t have that much album listening going on in this world nowadays. They listen to single songs in their playlists, so we’ve had help with that.”

On whether Kabanen is relieved that BEAST IN BLACK has gotten off to such a strong start:

Anton: “I remember when we finally released the first song and the feedback started to come. It felt like I was out of jail, so to speak. It’s been a long process. When you work on something for quite a long time, you don’t know any more what’s the reality, is it good or bad, you become blind to your own stuff, but you do. When it was out, the first song, it felt like, ‘Yes! It’s working. People like it.’ We did something that’s meaningful and that feels rewarding. It’s like an out of the jail feeling, although I’ve never been in jail, but mental jail, mental prison.”

Kasperi: “I have to add as well that it took about two years to complete the album and Anton was working so hard on it. I was just like, ‘Okay, let him do his stuff as long as it will take. It doesn’t matter as long as the final result will kick ass.’ It’s like if you’re thinking about a diamond, it takes a lot of time, it takes a lot of pressure. That’s a perfect analogy for it now, I would say. Like he said, it’s like getting out of jail when you actually get the product out and people can actually hear it. All the responses, at least 95 percent or more, have been really, really positive and supportive. Of course, you also have haters there, but that’s the Internet, that’s how it works. Yeah, we’re really pleased with the album and the response so far and hope that it will actually stay that way and we can really look forward to start working on the new album and hopefully it will be out a little bit sooner than the debut album.”

On embarking on their first full European tour:

Kasperi: “It’s quite a long run, five weeks, but not too long. We expect the band to become much better all the time because that’s what we want to do, become better, and also enjoy it as much as possible. A tour is a tour. When it’s done, there’s going to be another one and summer gigs and stuff, but so far, we just focus on one thing at a time. Today, we have a gig, then this RHAPSODY tour. We may have some thoughts about the upcoming may be different from mine, but all in all, we just think that it’s got to be a tour where we all have a good time and become better as a band. For me, as an example, I also have some work I have to do on the tour regarding the next album. There’s some laptop work involved in that. That’s how it goes nowadays. We’re going to together, think about the next album and stuff like that. Many things actually happen simultaneously, even though with a tour, there’s always a process going on with other things. I don’t know if it made any sense, what I just spoke, but it’s just brainstorming stuff.”

“Berserker” was released in November via Nuclear Blast. The disc was produced by Kabanen and recorded primarily at his studio, Sound Quest Studio. The cover artwork is a collaboration between Anton and Roman Ismailov, who was the original illustrator and graphic artist for BATTLE BEAST. 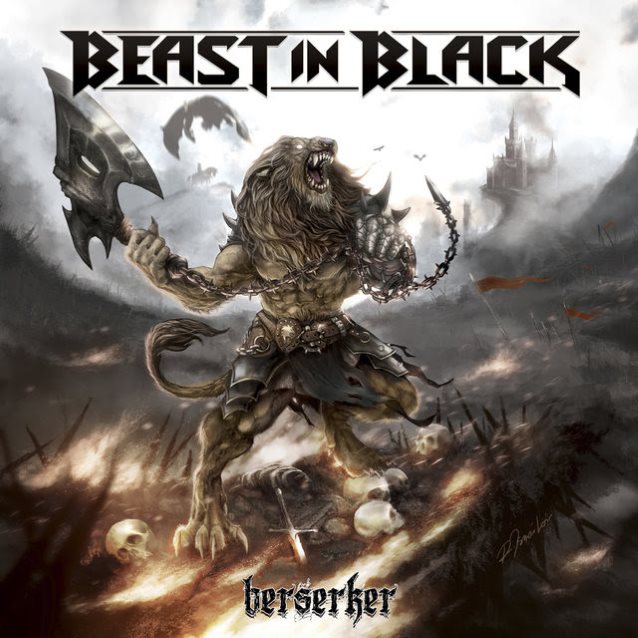