Video footage of BUTCHER BABIES performing an acoustic version of the song “In Denial” for VIP ticket holders prior to the band’s February 25 concert at G2 in Glasgow, Scotland can be seen below.

BUTCHER BABIES‘ third album, “Lilith”, was released on October 27 via Century Media. The follow-up to 2015’s “Take It Like A Man” was produced by Steve Evetts (THE DILLINGER ESCAPE PLAN, SEPULTURA, SUICIDE SILENCE) and marks the band’s recording debut with new drummer, Chase Brickenden, who replaced Chris Warner last year.

Co-frontwoman Carla Harvey told Meltdown Of Detroit’s WRIF radio station that the music on “Lilith” “runs the gamut” from “great thrash metal” to “a little bit of ’90s influence.” She said: “We’re singing, we’re screaming and it’s just a great, great album. I couldn’t be prouder of it. I think there’s four songs where we do predominantly singing on it. And normally that would scare even me, ’cause I’m, like, ‘I’m a metal girl! I don’t wanna be singing.’ But it’s so beautiful — it really is. So it’s kind of ballady, but not too ballady. It’s very dark, sensual — the lyrics are very sensual on this album.”

She continued: “I think we’re bringing a little bit of the sexy back on this album that we kind of steered away from for a while. When we were building up our career, we wanted to be taken so seriously as metal chicks, so I think we kind of let those hindrances go a little bit and said, ‘Let’s just be us in all aspects of us’ — from the metal to the sexy to everything else.”

Co-frontwoman Heidi Shepherd told Metal Discovery that the “cool” thing about “Lilith” is “that we took a year and a half to write it, to write and record, and you can really hear how much we’ve practiced these songs. And every note you hear, we sing. There’s no Auto-Tune, there’s no pitch shifting — none of that shit. It’s all drums, all real guitars, even the tambourines, shakers and everything… all real. Piano… real. Everything’s real. And I think that that’s how you get that live sound. Our producer that we worked with, Steve Evetts, he was so adamant about, ‘I want this to sound like you. I don’t want it to be perfect, but I want it to be you.’ And so you hear things with attitude in ’em. I feel like so many times nowadays that producers will look for that perfect note, that perfect sound…” 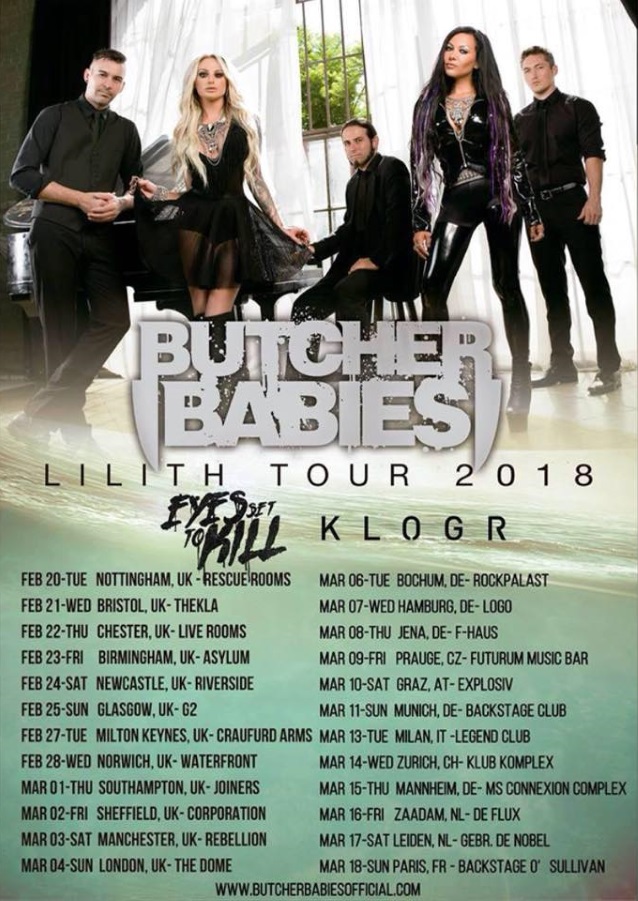