ANTHRAX's SCOTT IAN Looks Back On VH1's 'SuperGroup': 'I Had A Blast Doing That'

PHILIP ANSELMO On Solo Career: 'It's Me Flexing The Freedom Of Being A Free Agent And Being Able To Play Any Kind Of Music I Want'

Montréal, Quebec, Canada-based melodic death metallers KATAKLYSM have completed work on their new album, “Meditations”, due later in the year via Nuclear Blast. The 10-song disc was produced by the band’s guitarist Jean-François Dagenais and drummer Oli Beaudoin, and was mixed by Jay Ruston (ANTHRAX, STONE SOUR). Mastering duties were handled by Paul Logus (PANTERA).

The “Meditations” cover artwork, which was created for Ocvlta Designs by Surtsey, who also crafted the artwork for KATAKLYSM‘s previous record, “Of Ghosts And Gods”.

Singer Maurizio Iacono commented: “This is a very personal album to me with old wounds being revisited — I felt a big urge to pour my soul into this release. The boys and I were isolated under the same roof during the writing process, just like we did in the early days… with no worries except having fun, being honest and delivering a serious album that represents us today but respects our past. Our new story is coming and we are eager to share it with you!”

Dagenais previously stated about KATAKLYSM‘s decision to work with Ruston: “This album has so much to offer that we decided to search for someone outside the box for it. Someone who comes with a fresh outlook and hasn’t work with extreme or death metal bands. We wanted someone with a more organic feel but at the same time can pound a mix into your chest with the power and definition it deserves. When Jay accepted to work with us, we knew he would bring just that.” 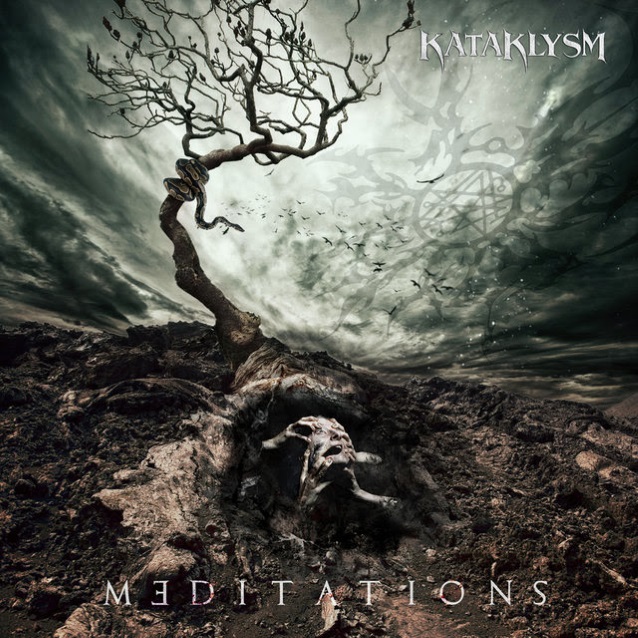