METALLICA's JAMES HETFIELD: 'We're Not Recreating The Same Song Over And Over'

Longtime GUNS N’ ROSES keyboardist Dizzy Reed played a free one-off Australian show in support of his debut solo album, “Rock ‘N Roll Ain’t Easy”. Fan-filmed video footage of the concert, which was held on February 18 at Frankie’s Pizza By The Slice in Sydney, can be seen below (courtesy of Rock From The Crowd‘s Colin Hay).

The Pulse Of Radio asked Reed how he’s managed to stay in the band for so long. “I get asked that a lot and it’s really just, I just never really thought about doing anything else, you know, on sort of a permanent basis,” he said. “You know, I kind of feel like I’m in GUNS N’ ROSES and that’s where I was meant to be.”

In the world of music, GUNS N’ ROSES need no introduction. Few bands in history have achieved the level of success and recognition that GN’R has. The addition of Reed marked a stylistic turning point in the band’s maturity, incorporating piano and the epic tones of the Hammond B-3 into their aggressive hard rock sound.

In 2012, Dizzy was inducted into the the Rock And Roll Hall Of Fame as a member of GUNS N’ ROSES. He has toured with the PSYCHEDELIC FURS and has toured, recorded and written with supergroup THE DEAD DAISIES whose lineup has featured members of THE CULT, MÖTLEY CRÜE, WHITESNAKE, THE ROLLING STONES and THIN LIZZY. He also sings lead vocals with his side project HOOKERS & BLOW. On surviving and flourishing in rock’s ‘sharky’ waters, he says: “Never stop learning and exploring, but don’t forget what you do best. Stick to your guns.” 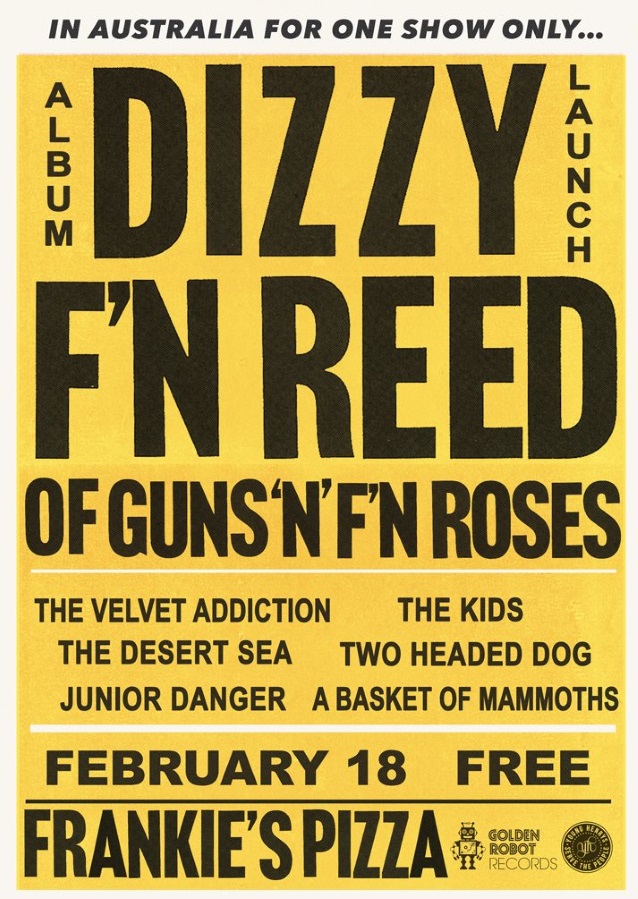