POP EVIL's New Album To Arrive In February; First Single Due By Halloween

Former SISTER SIN vocalist Liv “Sin” Jagrell has released a video for her song “The Fall”. The clip was filmed in Stockholm and at the festival Skogsröjet in Rejmyre, Sweden during the summer of 2017.

Says Liv: “For this video, we wanted to capture the energy of our live shows. It is one of our more faster and aggressive songs, so it made sense in that purpose to represent our concerts.”

She continues: “LIV SIN is a heavy metal band and we want our shows to reflect that just as much as our music does. It should be an intense experience full of headbanging, pumping fists in the sky and screaming along in the lyrics. We hope that this video of the ‘The Fall’ will give you a taste of what that is like at a LIV SIN concert.”

“The Fall” is taken from Liv‘s debut solo album, “Follow Me”, which was produced by the duo of Stefan Kaufmann and Fitty Weinhold. Liv stated about the collaboration: “[Stefan and Fitty] brought out more intense metal in me than I ever could imagine. These guys have been in the business and in this music for so long, so their experience really brought out the essence of our songs, for the better.”

From the gutters of south Sweden, Jagrell emerged as a major force as the vocalist for hard rockers SISTER SIN. Throughout their 13-year career, SISTER SIN sold thousands of albums and toured the world with high-profile tours supporting the likes of SLAYER and KING DIAMOND on the Rockstar Energy Drink Mayhem Festival, as well as being a part of the Revolver magazine “Hottest Chicks In Metal” tour. SISTER SIN toured relentlessly for over a decade across Europe and North America garnering an intensely loyal following of rockers that craved the band’s aggressive and melodic brand of hard rock.

When SISTER SIN called it quits at the end of 2015, Liv knew that she had much more to give to her fans. From this, LIV SIN was born. Liv‘s new music shows the power, sexiness, and attitude that she is known for.

LIV SIN offers a modernized hard rock sound to take Liv into her next phase, a sound that is destined to please both new fans and her longtime fans of SISTER SIN. 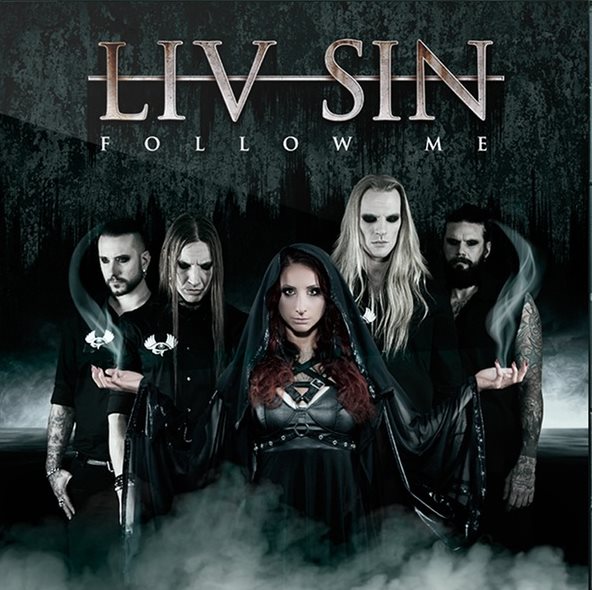