NWOBHM (New Wave Of British Heavy Metal) veterans BLITZKRIEG will release their new album, “Judge Not!”, on April 27 via Mighty Music. The follow-up to 2013’s “Back From Hell” was recorded at Downcast Base HQ in Newcastle, U.K. by Phil Davies, but the band elected to use a different studio this time around for mixing. Because the BLITZKRIEG members all admire the work of Denmark’s Hansen Studios, most notably the mix of the PRETTY MAIDS‘ “Pandemonium” album, they enlisted Jonas Haagensen from Hansen to mix “Judge Not!”

“We’re all really excited in the band about the release of the new BLITZKRIEG album, especially after how well the ‘Reign Of Fire’ EP turned out to close out last year; the reviews and response to that has been very good,” said guitarist Ken Johnson.

“We all hope everyone enjoys listening to the new material as much as we enjoyed the production and recording of ‘Judge Not!’.”

BLITZKRIEG‘s “Reign Of Fire” was released as a seven-inch vinyl EP in December in a limited edition of 500 copies embraced by amazing handdrawn old-school metal artwork by Lee Murphy.

2015 marked the thirty-fifth anniversary of BLITZKRIEG, which came into existence in 1980. Although their debut single, “Buried Alive” b/w “Blitzkrieg” (on Neat Records) was released in 1981, it was not till 1985 that the band recorded its debut album, as singer Brian Ross was involved with his other group, SATAN, recording and touring their debut opus, “Court In The Act”.

BLITZKRIEG‘s “A Time Of Changes” included the band’s self-titled song “Blitzkrieg”, which was covered by METALLICA on the “Creeping Death” EP. METALLICA‘s drummer, Lars Ulrich, commented that BLITZKRIEG was one of his band’s main musical inspirations, along with DIAMOND HEAD.

Brian, the only remaining founding member of BLITZKRIEG, said: “Lars Ulrich phoned me up and asked if they could cover the song.

“METALLICA were, and still are, big fans of the band. We have met up with them a few times over the years and I am really pleased that they still play ‘Blitzkrieg’ at gigs.”

Brian said that he tried to give the then-unknown METALLICA a helping hand in the early 1980s.

“They sent me their demo when they were still unsigned, asking for my help to get them on our label,” he said. “But the label turned them down, saying they’d never go anywhere.

“I met up with the guy who made that call a few years ago and he says it is the biggest mistake of his life.” 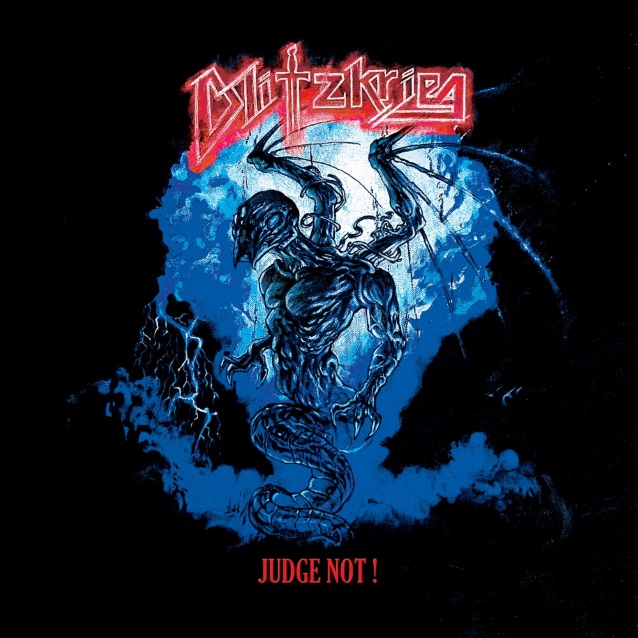