On February 9, symphonic metal pioneers THERION will finally release Christofer Johnsson‘s monumental brainchild “Beloved Antichrist”, a sweeping rock opera loosely inspired by Vladímir Soloviov‘s “A Short Tale Of The Antichrist”. The entire piece reaches an impressive length of three hours. The dramatic and epic opus comes to life through 27 different character roles, performed by long-time band members like Thomas Vikström, Lori Lewis and Chiara Malvestiti, amongst many others. The cover artwork was designed by Thomas Ewerhart and can be seen below.

THERION has just unveiled the song “Bring Her Home”, from the first act of the opera. You can listen to it below.

Johnsson recently told That Drummer Guy about “Beloved Antichrist”: “This is actually not a new album. If I would say ‘Jesus Christ Superstar’, you wouldn’t respond saying, ‘Hey, it’s a great album.’ It’s a rock musical which is an album that is available in audio format in CD and vinyl. This is the same thing. I think it’s our fault that we called it a ‘rock opera’, but because ‘rock opera’ usually means an album with a storyline and that’s it. This actually is a THERION version of ‘Jesus Christ Superstar’, except it’s about the antichrist. It’s completely written for a theatrical stage performance. That’s the entire point with this. The reason that we released it on CD first is because of financial reasons. If you want to present this to a musical type of promotion agency that could make this their next production, we need to show them the music and we don’t have the funds just to record this just to display to somebody. We need the record label to pay for it and if the record label is paying for it, obviously, they need a product release to get their cash back, especially for an expensive recording like this. We spent 100,000 euros on this, like 120,000 dollars or something. So, obviously, we need to sell the product very fast. It’s like having the soundtrack release first, then having the movie later, which is a bit odd. It is what it is. We do what we have to do to make this work. The idea is that this should be a Broadway rock musical. I think the correct term would be ‘rock/metal musical with opera vocals’ — that would be the right terminology. I realize it now when we already sent out the promo sheets and everything. It was a bit misleading calling it a ‘rock opera.'”

Regarding the musical direction of “Beloved Antichrist”, Christofer said: “I would say one third, in my own opinion, sounds like classic THERION. And one third sounds quite different and one third is somewhere in between. It’s going to be interesting to see the reactions. I think every time we release a new album, there’s always a lot of complaints because we always change the style. It wouldn’t be THERION if there wasn’t a lot of complaints every time. If you would check the Internet, the history of the Internet since around 2001, that’s when it became popular to be on Internet forums and comment on stuff, it would appear we’ve never had a successful album because there’s so many complaints. But yeah, we’ve had a lot of successful albums since. I think this one, in particular, will be a big challenge for a lot of fans. [New song] ‘The Palace Ball’ is a completely different type of music, but in this case, we have so much music so I hope people are smart enough to realize that if you would take your ten favorite songs out of this, you would get a very good, regular THERION album. If somebody doesn’t like the idea of the super-long rock opera, then they can take the ten songs they fancy the most and burn a CD and play this on whatever people have these days. Yeah, there will be a lot of debate around it these days, especially when we stage it in a theatrical forum there will be a lot of opinions, but it’s better to have a lot of opinions than no opinions. The day nobody speaks about you, you’re not relevant anymore.” 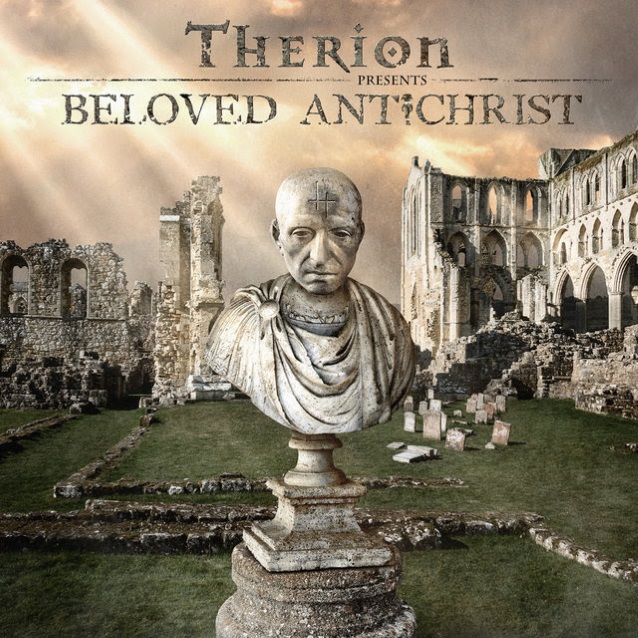