KOZELJNIK "Bitter Libations to the Unnamed"

Swedish extreme metallers NECROPHOBIC will release their eighth studio album, “Mark Of The Necrogram”, on February 23 via Century Media Records. The disc is NECROPHOBIC‘s first for Century Media and it marks another step up on the staircase to the death metal throne, delivering sorrow-laden melodies of musical mastermind Sebastian Ramstedt, furious riffs of rhythm guitarist Johan Bergebäck, the pounding bass of Alexander Friberg, battering war drums by the band’s heart and soul Joakim Sterner and the demonic voice of Anders Strokirk, who reunited with the band more than 20 years after the release of “The Nocturnal Silence”.

“Mark Of The Necrogram” comes with an eerily monumental cover artwork of Kristian “Necrolord” Wåhlin, with whom the band has been working together since the release of the second album, “Darkside”.

“Mark Of The Necrogram” track listing:

The “Mark Of The Necrogram” title track can be streamed below.

Please note that the deluxe CD box is worldwide limited to only 3,000 copies!

The band’s latest release was a two-song EP, “Pesta”, which came out in August.

The “Pesta” title track was a brand new song, offering NECROPHOBIC‘s typical trademarks with its evil vocals, battering drums and the wicked guitar harmonies from the notorious guitar duo of Sebastian Ramstedt and Johan Bergebäck. The second song was a re-recorded version of the classic demo track “Slow Asphyxiation”.

Formed in 1989, NECROPHOBIC belongs to the first wave of Swedish death metal bands. Ever since the release of its classic debut album, “The Nocturnal Silence” (1993), the band has issued a total of seven studio LPs, among them timeless masterpieces as “Darkside” (1997), “Bloodhymns” (2002) or the brilliant 2009 album “Death To All”.

NECROPHOBIC was rejoined by guitarists Sebastian Ramstedt and Johan Bergebäck following the band’s split with its axeman of five years, Fredrik Folkare. 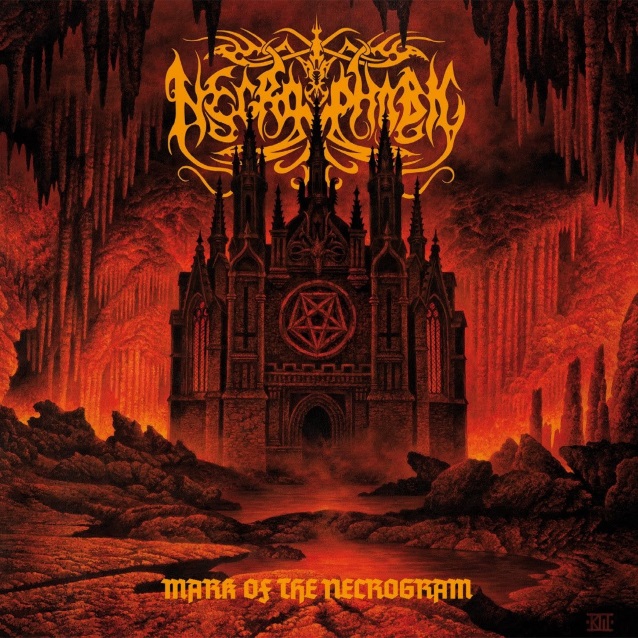