STEVEN ADLER On Getting Kicked Out Of GUNS N' ROSES: I Was So Heartbroken, I Wanted To Die

Louisiana rockers LILLIAN AXE have released a new single, “The Weeping Moon”. The track has been made available across all digital platforms, including iTunes, Amazon, Spotify and Google Play. The cover artwork was created by Todd Schmidt.

“The Weeping Moon” will appear on LILLIAN AXE‘s 14th album, “From Womb To Tomb”, tentatively due this fall.

LILLIAN AXE guitarist and songwriter Steve Blaze stated about “The Weeping Moon”: “This track was going to be the bonus track for the best-of-the-ballads album. However, we decided to put our efforts directly into the new studio record. Thematically, this song fits perfectly on the new album, but we decided to release it as a single to give you guys at least something new to listen to. I think you will find this song pleasing, especially if you have a fondness for songs such as ‘The Needle And Your Pain’ and ‘See You Someday’.”

LILLIAN AXE‘s latest album, “XI: The Days Before Tomorrow”, was released in 2012 in Europe through Germany’s AFM Records and in North America via CME Records.

Blaze told Headbangers Lifestyle in a 2017 interview that LILLIAN AXE is “making the best music of our lives. We still have the same energy we have always had,” he said. “LILLIAN AXE will keep going until we drop!”

LILLIAN AXE‘s last release was 2014’s “One Night In The Temple”, recorded acoustically in an intimate setting housed in a Masonic Temple in the Bayou with the band’s most diehard fans. 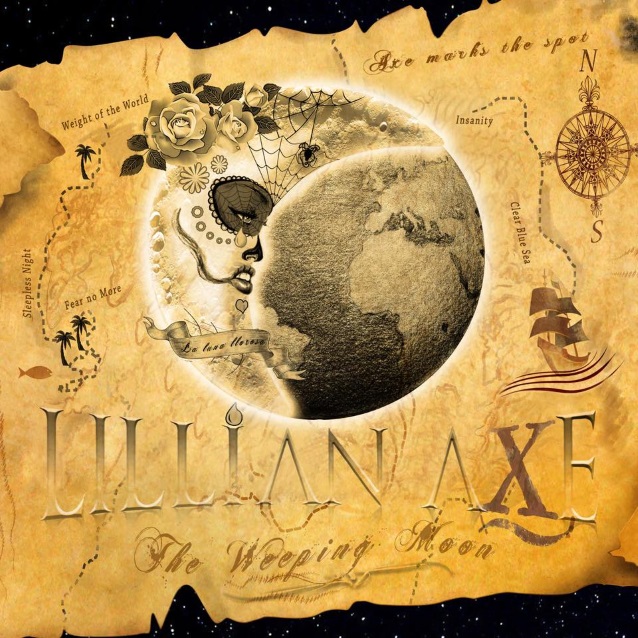