OVERKILL Frontman On 'The Grinding Wheel': 'It Still Has The Feeling That It's A Five-Knuckle Punch'

Long-running Los Angeles hardcore powerhouse TERROR has inked a deal with Nuclear Blast for Europe and Pure Noise in the rest of the world. The band is currently working on its eighth studio album, tentatively due this summer.

Commented TERROR vocalist and mainman Scott Vogel: “We are super excited to start a new chapter of TERROR in Europe with Nuclear Blast. This is the label we wanted to work with for the future because of their strong presence and awesome roster. Can’t wait to put out a new album in the middle of 2018 with the label and work together on this next project.”

TERROR will hit the road in Europe next week, alongside labelmates HATEBREED and MADBALL, as part of the renowned “EMP Persistence Tour”. The trek launches on January 18 in Berlin, Germany and finishes up in London on January 28. 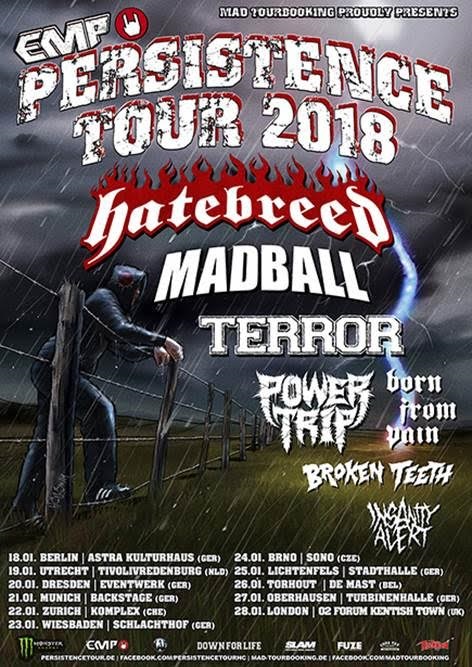