New SLASH FT. MYLES KENNEDY & THE CONSPIRATORS Album Is 'In The Can'

CHRIS JERICHO: 'If METALLICA And JOURNEY Had A Bastard Child, It Would Be FOZZY'

DREAM THEATER To Begin Writing New Album In May

LEATHER, the solo band of CHASTAIN singer Leather Leone, will release its new album, “II”, on March 21 in Japan via Rubicon Music and on April 13 in the U.S. through Divebomb Records and in Europe through High Roller Records. The vinyl version of the album will be made available on June 29 via High Roller (limited to 500 copies, red or black vinyl).

CHASTAIN‘s latest album, “We Bleed Metal”, was released in November 2015. It was the follow-up to the band’s 2013 reunion CD “Surrender To No One”.

Leone has long been considered one of the originators of the female power metal vocal style, having appeared on the classic CHASTAIN albums “Mystery Of Illusion”, “Ruler Of The Wasteland”, “The 7th Of Never”, “The Voice Of The Cult” and “For Those Who Dare”.

Leather in 2012 released the debut album from her SLEDGE LEATHER project, “Imagine Me Alive”. The CD was inspired in 2010 when Leather called Sandy Sledge to collaborate on the Ronnie James Dio track “Egypt” for a demo tribute recording. Due to the overwhelming response for more material, SLEDGE LEATHER was born and performed at Germany’s Keep It True festival in April 2011. 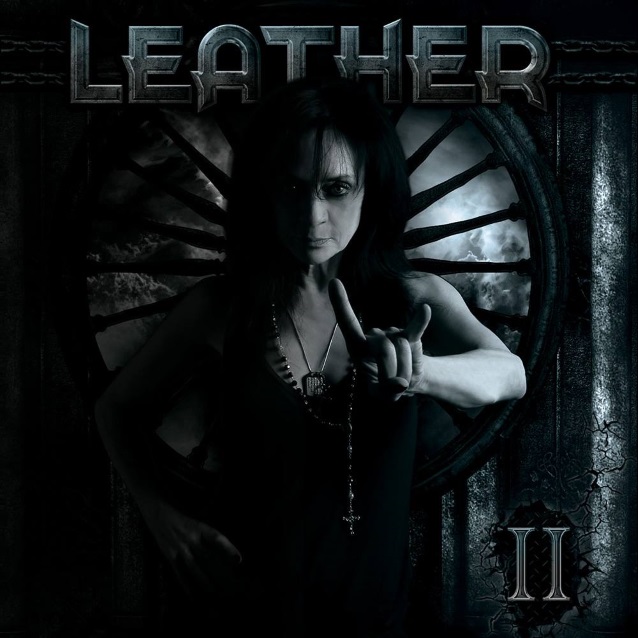