Jason Price of Icon Vs. Icon recently conducted an interview with KING’S X guitarist Ty Tabor. A few excerpts from the chat follow below.

Icon Vs. Icon: What are the keys to longevity in an industry as turbulent as this one?

Tabor: “I don’t know, because I know plenty of great bands that weren’t able to hang in there and gave it up after a few years. Then there are others that seem to go on forever like KING’S X! [Laughs] I will say I think it takes everybody in the band really enjoying being in a band together, enjoying playing music together and enjoying hanging around together. I think that is more important than anything else. That’s really why a lot of bands don’t last — personal problems between members. If you are lucky enough to find good people who you become friends with, you get along and want to go through all of this together and you are happily doing soon, then you are lucky. I’m finding out that’s harder to find than I realized when I blundered into KING’S X.”

Icon Vs. Icon: What were the biggest challenges in bringing [your new solo album] “Alien Beans” to life?

Tabor: “Making the old stuff sound like it belonged on a record with the new stuff was a big challenge. What I did was went back and replaced a lot of the drums, which were sampled drums. I changed some of the samples to be more modern sounding. I remixed most of it and I remastered all of it but the main challenge was getting that old stuff to sound as current as the new ones but I think we got it there.”

Icon Vs. Icon: Do you always work on new ideas and material?

Tabor: “Yeah, I’m always writing. Sometimes I may have a vague idea of what project I’m writing for but most of the time I’m just writing. When I find myself in the situation of working in a different project, then I turn in some of these songs and see if they seem to fit that project! But, yes, I’m always writing. I got so much that’s gone by the wayside that it’s ridiculous.”

Icon Vs. Icon: You put out a great EPK for this project that focuses on your studio of the same name, Alien Beans. What did it take to get this place to be the great creative space it has become?

Tabor: “It started out in Houston in my house. Then it moved to a different house in Houston. Basically, what happened was that I had some time off from KING’S X. We have been touring a whole lot during the first several albums and it was pretty much nonstop. We took a little time off and I just wanted to do some demos and some stuff at home and I wanted some better gear. I bought some digital recording gear and that’s where it all started. Basically, I have been upgrading and changing things out ever since as new things come out and new software and hardware are developed. Just last year, THE JELLY JAM did a new album where we spent some money buying a really nice ADK computer for the studio. At the moment, I’ve got the baddest and fastest computer you can buy and a lot of other quirky gear that I like to get the sound I want. The reason I like it is that the place is hidden and no one knows about it because it’s never really been open to the public, although I’ve done a few recordings for here. For the most part, I do mastering and nobody ever gets to come to the place, see the place or even knows where it is anymore! It’s hidden in Kansas City at the moment in an unmarked building. The reason I like it is the privacy and that’s mine to do whatever I want, whenever I want at whatever time I want! It’s a great resource to have for a musician.”

Icon Vs. Icon: Doing an album like “Alien Beans” puts you in a unique position to look back on what you created. How have you evolved through the years?

Tabor: “I don’t know. I think that would be better for others to say because when I go back and listen to the stuff, I was shocked to find out how it’s all still relatively in the same vein of what I’m doing now. I’m always trying new things and always trying to evolve but, at the same time, I’m pretty true to whatever it is I’m doing. It seems it was surprising when I heard some of the old stuff because I thought there would be more of a difference in a lot of ways but a lot of it vibe-wise is right on track.”

Icon Vs. Icon: With that said, where are you headed?

Tabor: “We are looking at KING’S X doing a new record, finally, after a decade. We’re also looking at JELLY JAM getting together this coming year and doing some more stuff, whether it be live or another album. I was actually talking to the guy in Houston that played with me on my last live show and we were talking about putting together three or four live shows in Texas together for this year too. That’s about all I’m worried about at the moment.”

Read the entire interview at Icon Vs. Icon. 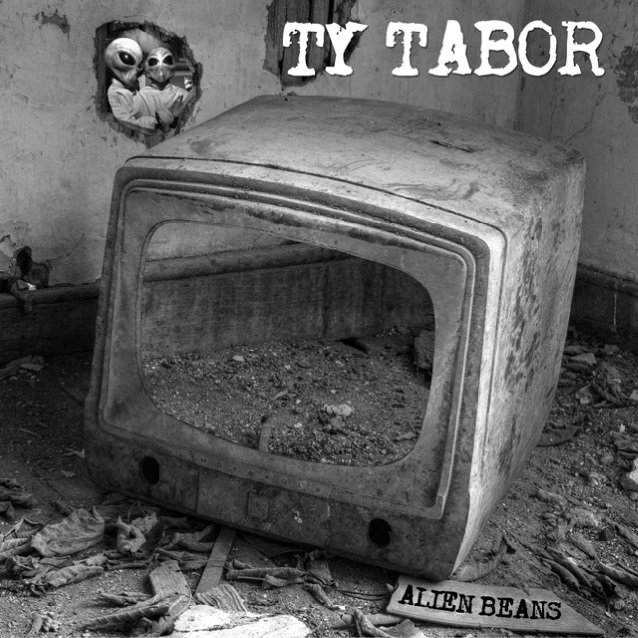