German melodic death metal veterans NIGHT IN GALES will release their new album, “The Last Sunsets”, on February 23 via Apostasy Records. Together with returning vocalist Christian Müller, who appeared on the band’s early works “Sylphlike” (1995) and “Razor” (1996), the five-piece returns to its roots and experiences a process of rejuvenation.

“The Last Sunsets” unleashes wild death metal with haunting melodies that evokes the early days of the melodic death metal genre. The band is supported by three guest vocalists: Marc Grewe (ex-MORGOTH, INSIDIOUS DISEASE), Christian Mertens (DARK MILLENNIUM) and Martin Matzak (ex-TORCHURE). The mix and the master was done by a true scene icon. Dan Swanö (EDGE OF SANITY, ex-BLOODBATH) created the perfect sound for the 12 songs which shifts between old-school and timeless. Furthermore, Costin Chioreanu‘s (AT THE GATES, ARCH ENEMY, CARACH ANGREN) artwork, with its strong symbolic power, fits perfectly as a visual addition to the music.

NIGHT IN GALES has released a lyric video for “The Mortal Soul”, which once again demonstrates the ungovernable “back to the roots” attitude of the band’s newest material with its floating but dynamic drums and its irresistible guitar work. Together with the guest vocalist Marc Grewe, they take no prisoners. Watch the clip below. 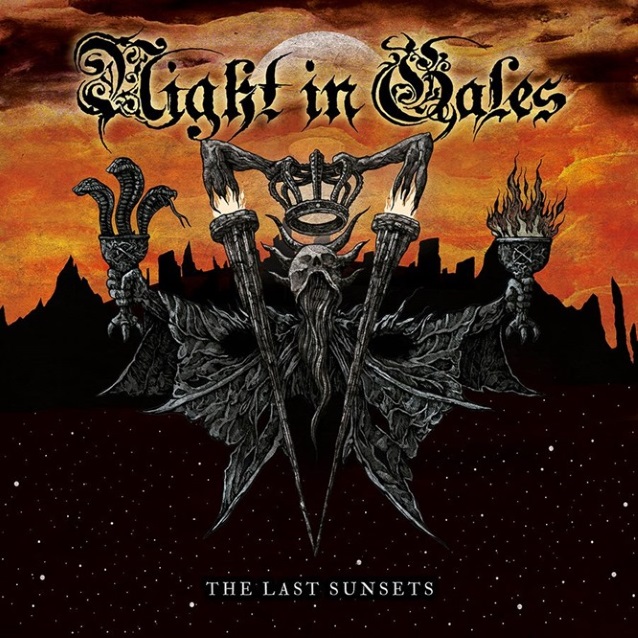