Ex-KISS Guitarist VINNIE VINCENT Gives First Interview In More Than 20 Years: 'If The Fans Want Me Back, I Can't Wait'

Singer Roberto Dimitri Liapakis comments: “This album is like a love letter to the music that accompanied so many of us, myself included, in the ’70s, ’80s and ’90s — and believe me, you have not heard the songs like this before! I’m also really excited to show you a new and different side of MYSTIC PROPHECY!”

The album was produced by Liapakis and MYSTIC PROPHECY at the Prophecy Studios, and mixed and mastered by Henrik Udd at Udd Recording Studios (ARCHITECTS, HAMMERFALL, BRING ME THE HORIZON, AT THE GATES, DELAIN). Dušan Markovic created the album’s cover artwork.

MYSTIC PROPHECY‘s “Monuments Uncovered” will also be available as a limited-edition digipak with an exclusive bonus track as well as limited vinyl LP. 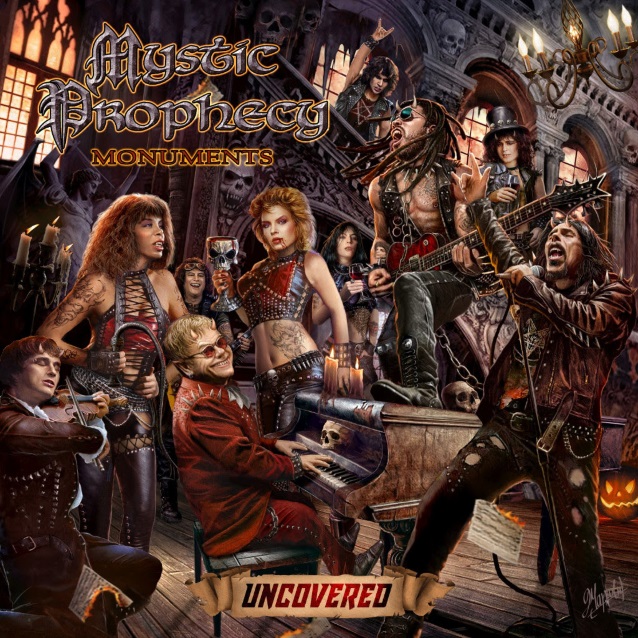