JOE SATRIANI On New Album 'What Happens Next': 'I Wanted To Do Something Completely Different'

WAR OF THRONES has inked a deal with Sonic Night Music Club. The powerhouse metal band, featuring former members of CRIMSON GLORY and ROB ROCK, will release its debut album, “Conflict In Creation”, on March 9, 2018. The disc was recorded and mixed by James Fox at Sweet Spot Studio in Seminole, Florida and mastered by Maor Appelbaum (HALFORD, ARMORED SAINT, FAITH NO MORE) at Maor Appelbaum Mastering in California.

Forged in steel, WAR OF THRONES was formed when vocalist Wade Black and virtuoso guitarist Rick Renstrom joined forces in 2012. Previously, the two had worked together in LEASH LAW, releasing “Dogface” in 2005.

Wade is no stranger to metal. For more than two decades, he has thrilled audiences worldwide, fronting such metal bands as CRIMSON GLORY, SEVEN WITCHES and LEATHERWOLF. Rick entered the scene in 2000, joining vocalist Rob Rock‘s touring and recording band. Having toured around the world, Rick‘s incredible and inspiring guitar playing has been witnessed by thousands of people.

The band is scheduled to perform at next year’s edition of the Rocklahoma festival, set to take place May 25-27, 2018 at “Catch the Fever” Festival Grounds in Pryor, Oklahoma, just outside Tulsa.

WAR OF THRONES has shared the stage with such bands as KAMELOT, DROWNING POOL, ANVIL and MUSHROOMHEAD. 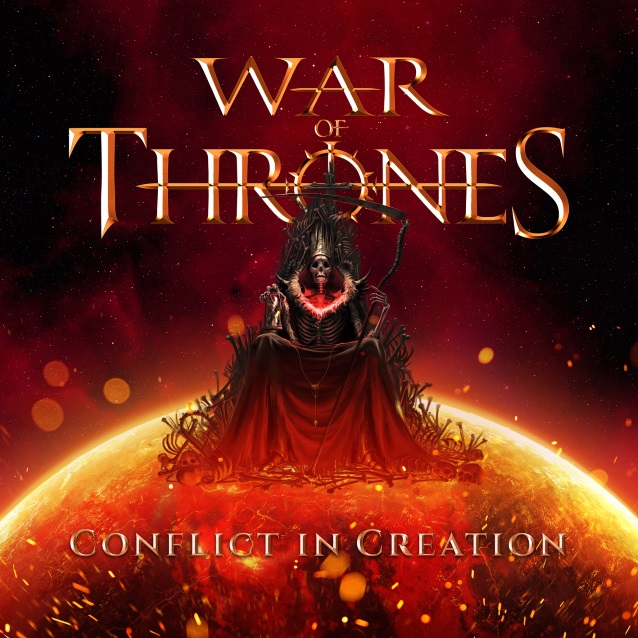