Produced by mainman Al Jourgensen, recorded at Caribou Studios in Burbank, California between January and May this year, and with striking artwork created by Mister Sam Shearon, the album’s psychedelic, politically influenced and very much in-your-face nine tracks are rooted in Jourgensen‘s unadulterated anger for what’s happening in America today — the waning respect for the U.S. Constitution, the growing acceptance of one’s opinions replacing facts, the decline of our leaders’ sense of morals, ethics and personal responsibility to the country and to their constituents, and the mad man in the White House.

The official music video for the song “Antifa” can be seen below.

MINISTRY guitarist Sin Quirin told Alamo True Metal about “AmeriKKKant”: “After the last tour last year is when [Al] was talking about wanting to do another record. The process, it changes from record to record. Sometimes we show up with ideas already kind of formed, but for this record, it was a lot of writing on the spot. He was pretty open to just different ideas. He didn’t really have any ‘Okay, I want it to be like this. I want it to be like that.’ We definitely brought slower ideas, if that makes any sense, as opposed to just playing a thousand miles an hour like some of our early records. It was a bit more experimental and we brought different instruments into this record that I don’t think people will be expecting to hear from us. It’s definitely stuff that I don’t think people are going to be expecting from a MINISTRY record, but it was pretty organic in that sense that we would show up and bring ideas and start tracking and see what we ended up with at the end of the day. We brought a couple of ideas that were in very basic forms and then just jumped from there. It was something that we might have worked on months earlier. It starts off one way and then by the time you’re done with the song, it’s completely different, but it started from an initial idea. That was the way we went about doing this record. It wasn’t, ‘Okay, I want you to write like this. I want you to write like that.’ It was, ‘Let’s see what you got. Bring what you have to the table.’ It was pretty cool. For me, it was really cool that we got so many people involved in this album. Other times, it would be just a couple of people that were doing things in the studio. For this, Cesar [Soto, guitar] is on it, JB [John Bechdel] is on it, I’m on it, Al‘s over it. JB was saying there’s a bunch of different things and other guest people that are on it as well. For me, Tony‘s [Campos, bass] on it as well, it felt more like a band effort, which was really cool.” 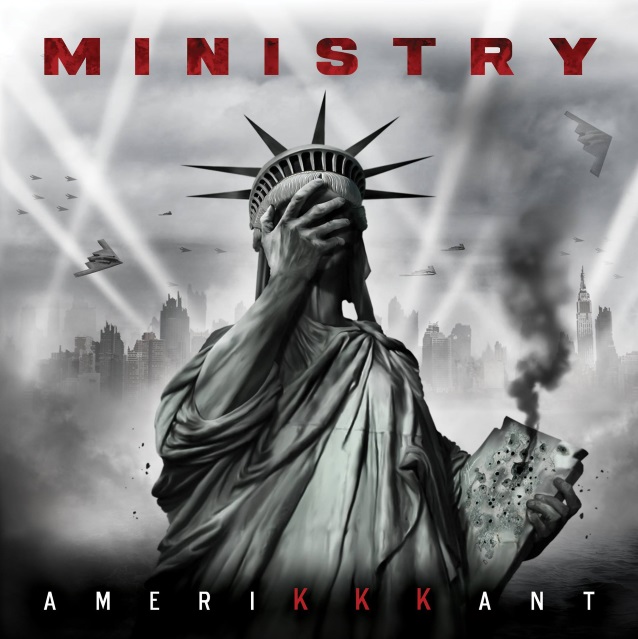