KORN Drummer RAY LUZIER: DAVID LEE ROTH 'Taught Me So Much About The Entertainment Business'

TWIGGY RAMIREZ Responds To Rape Allegations: 'I Do Not Condone Non-Consensual Sex Of Any Kind'

ALICE IN CHAINS has announced a North American headline tour that kicks off April 28, 2018 at the House of Blues in Boston.

ALICE IN CHAINS guitarist Jerry Cantrell told the “Trunk Nation” show in August that the band was “in the process of working on” the long-awaited follow-up to 2013’s “The Devil Put Dinosaurs Here” album.

ALICE IN CHAINS bassist Mike Inez revealed in June that the band was scheduled to enter Studio X in Seattle later that month to begin recording its new album. Helming the sessions once again is Nick Raskulinecz, who produced the band’s last two studio efforts, 2009’s “Black Gives Way To Blue” and the aforementioned “The Devil Put Dinosaurs Here”.

Studio X, which was originally owned by Ann and Nancy Wilson of the band HEART under the name Bad Animals, was the studio where ALICE IN CHAINS recorded its 1995 self-titled album.

“The Devil Put Dinosaurs Here” was the band’s second disc with singer William Duvall, who joined in 2006 following the death of Layne Staley.

The first two singles from “The Devil Put Dinosaurs Here”, “Hollow” and “Stone”, both hit No. 1 on the rock radio airplay charts, while the album itself debuted on the Billboard album chart at No. 2. 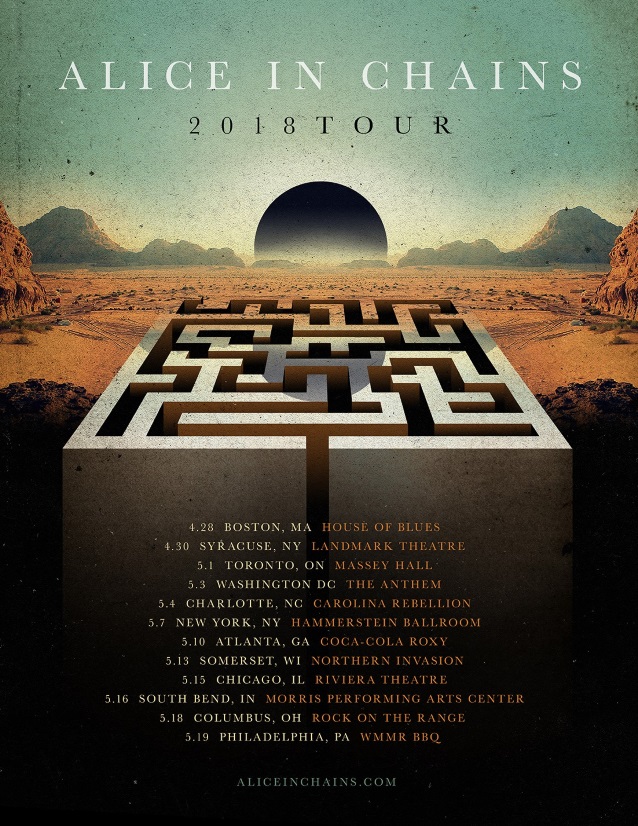