SYSTEM OF A DOWN Drummer On Possibility Of New Studio Album: 'I Don't Know If It's Ever Gonna Happen At This Point'

Fan-filmed video footage of DIAMOND HEAD performing the songs “Helpless” and “Am I Evil” on December 2 at the HRH NWOBHM 2 The Xmas Rocka festival at Academy in Sheffield, England can be seen below.

DIAMOND HEAD‘s latest, self-titled album was released in June 2016 via Dissonance Productions. The effort was the band’s first to feature Rasmus Andersen on vocals and its release ended an eight-year silence for the New Wave Of British Heavy Metal icons.

Asked in a 2016 interview with Swirls Of Noise why now was the right time for a new DIAMOND HEAD album, guitarist Brian Tatler said: “I think it was our new singer Ras coming in fresh that gave the band a new energy and some new ideas. Once I had heard him sing live a few times, I thought we should try and write some songs together just to see if we can. We discussed this in various dressing rooms and hotels on the 2014 European tour. Then in December 2014 I gave Ras two CDs with about forty-five pieces of music on that I had been working on since 2007, Ras listened to them and picked out songs that he liked and that he could work on but we had a brief this time. We all said, ‘It should sound like DIAMOND HEAD.’ It’s partly the way I write and the riffs and chords progressions I come up with that make it sound like DIAMOND HEAD. We actually rejected a few things that did not fit ‘the brief.’ Once the songs sounded good in rehearsal, I knew they would work live and on record. Some of the songs had a brilliant vibe in rehearsal, then it was just a question of recording them.”

DIAMOND HEAD is putting the finishing touches on a new studio album for a 2018 release. 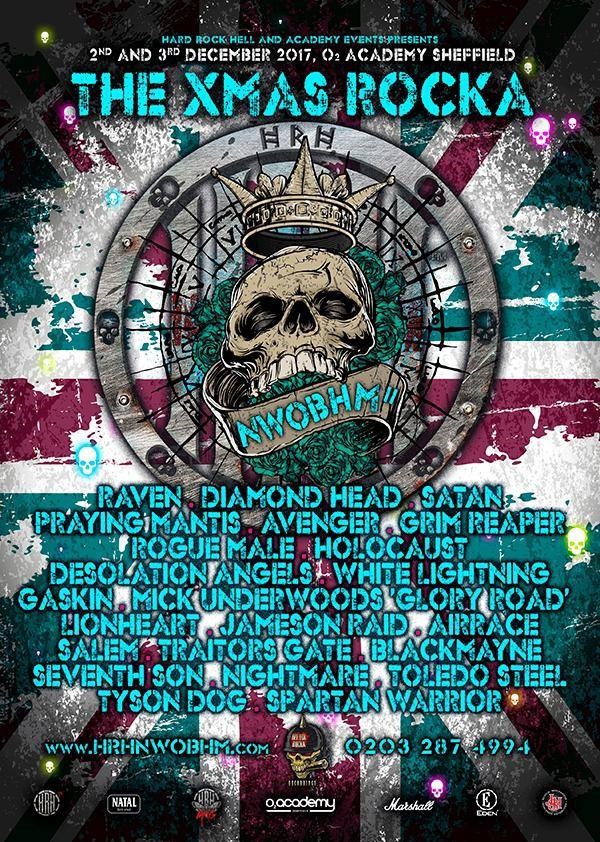