German thrash titans KREATOR have partnered with Record Store Day to release a Black Friday exclusive. This Friday, November 24, a limited-edition (1,000 copies) of “Hail To The Hordes” on picture-disc vinyl will be available exclusively at your local indie record stores.

In celebration of the release, KREATOR has issued a music video for “Hail To The Hordes” which highlights the band’s hometown show at Grugahalle in Essen, Germany from last March. The clip was directed by Matthias Kollek of Vault Video.

KREATOR frontman Mille Petrozza told Metal Wani about the reception to “Gods Of Violence”: “It couldn’t be better. To us, the way we measured the success of our record is ‘How do the fans react in the live situation to the songs we put in the setlist?’ For [the latest] tour, we’ve added, like, five or six new songs to the setlist. Reactions are just as good for, let’s say, ‘Extreme Aggression’ or one of the classic songs. To us, it’s mind-blowing. It shows us that we did something right.”

Kreator – Hail To The Hordes

Taken from the album "Gods Of Violence".
Order your copy here: http://www.godsofviolence.com/ 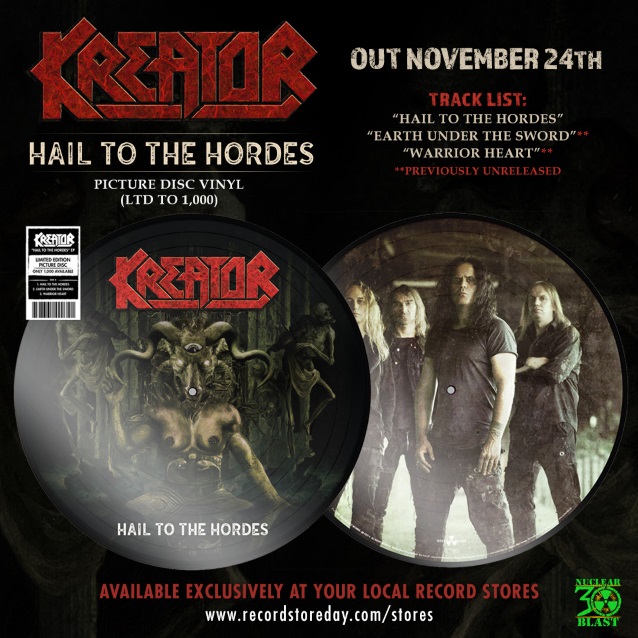