Ward said in a statement: “I wound up in hospital this past weekend with heart problems. I am okay and in good recovery at this time. However, I’ve never experienced this particular type of heart problem before, and due to its nature, I had to make the decision to cancel the dates.

“I want to send my sincere apologies to everyone who was planning to come out to the shows. I’m so sorry we won’t be making it — I was looking forward to seeing you all and sharing this music with you.

All DAY OF ERRORS tour dates have been canceled and will not be rescheduled. Tickets will be refunded at point of purchase. Tickets purchased through an online ticketing agency will be automatically refunded. Please allow 7-10 days for refunds to appear.

Affected dates are as follows:

DAY OF ERRORS made its live debut in June 2016 at Gaslamp in Long Beach, California.

The group, which was formed by Ward “in the desire to have my drumming spirit continue to live,” also features Joe Amodea on guitar/vocals and KILL DEVIL HILL singer Jason “Dewey” Bragg on vocals.

Bragg joined DAY OF ERRORS earlier this year following the departure of bassist/vocalist Nick Diltz (ALL HAIL THE YETI).

Ward was on board for the SABBATH reunion when it was first announced in November 2011, but backed out soon after. He later claimed that he sat out the recording and touring sessions because of unfair contractual terms, although the members of SABBATH have hinted in other interviews that he wasn’t physically up to the task.

SABBATH has used singer Ozzy Osbourne‘s regular touring drummer Tommy Clufetos since then for live work. RAGE AGAINST THE MACHINE‘s Brad Wilk laid down the drum tracks on the band’s comeback album, “13”, which came out in June 2013.

It was rumored that SABBATH wanted to bring a second drummer on the road to share duties with Ward, which he allegedly balked at.

Asked in an interview with Rolling Stone magazine if he would be in shape right now to rejoin BLACK SABBATH, Ward responded: “Absolutely, yeah. I have no doubt in my mind. I know that they’ve suggested that I played half the gig, and I don’t want to play half the gig. I’m quite capable of playing a complete fucking BLACK SABBATH set. So this health thing has been bandied around, and it’s true that I have heart disease, and it’s true that I did get sick a couple of years after the fact. But when the health card is being thrown around, the bottom line is that I really tried to take care of myself. Every day, I always look at the day and say, ‘Could I have played a gig today no matter what’s going on with me?’ And the answer is always, ‘Yes.’ I’m much harder on me than those guys could ever be.”

Ward in 2015 released his first solo album in 18 years. Titled “Accountable Beasts”, the record can be purchased on iTunes. 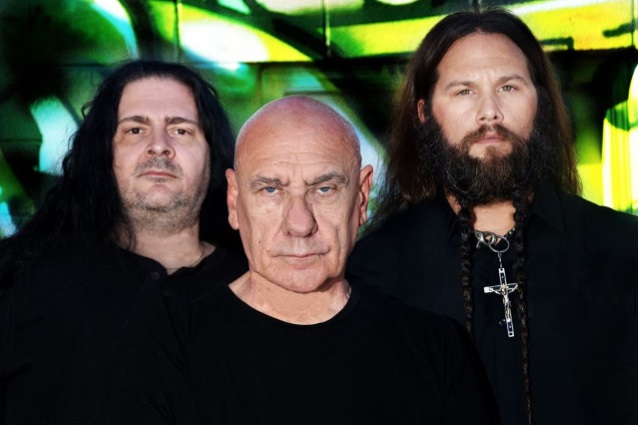