JON SCHAFFER On Not Letting Down ICED EARTH Fans: 'I'm Loyal To Them, They're Loyal To Me'

Fans can get a taste of “WP2” by watching a snippet below.

“This record has exceeded my expectations of what I thought that might be,” says Angell. “It perfectly captures the raw, explosive energy of a band primed from extensive touring while at the same time achieving the polish and elevation that comes from experimenting in the studio.”

“WP2” is the follow-up to WALKING PAPERS‘ 2013 critically acclaimed debut album that Rolling Stone called “dark, alternately sensual and sinister.” USA Today said, “Sometimes an album sounds nothing like you expect yet still blows you away… It’s powerful yet nuanced, a kind of rock confident enough in itself that it rarely needs force to make its point.” Consequence Of Sound said, “It’s a record that largely eschews typical hard rock fare, opting instead for a blues rock that slinks and wafts as much as it crunches and blusters. This unlikely dynamic makes WALKING PAPERS a pink slip you’ll actually be happy to get.” VH1 described the band’s sound as “weathered, bluesy and broken in by years of experience. This is hard rock as made by grown-ass men with stories to tell and no one to please but themselves.”

“WALKING PAPERS is happier than a tornado in a trailer park to have our second record see the light of day via Loud & Proud Records,” says Angell. “It’s been a white-knuckled nail-biter since its conception, and we are pleased to have Tom and Madelyn behind the wheel as we make our way to the delivery room!”

WALKING PAPERS have launched a PledgeMusic campaign for pre-orders. There fans will find exclusive offers for merchandise, unique items and experiences with the band, and the only place to purchase the song “This Is How It Ends” along with its companion comic book by Angell, graphic novelist Matt Hayward and artist Csaba Master. 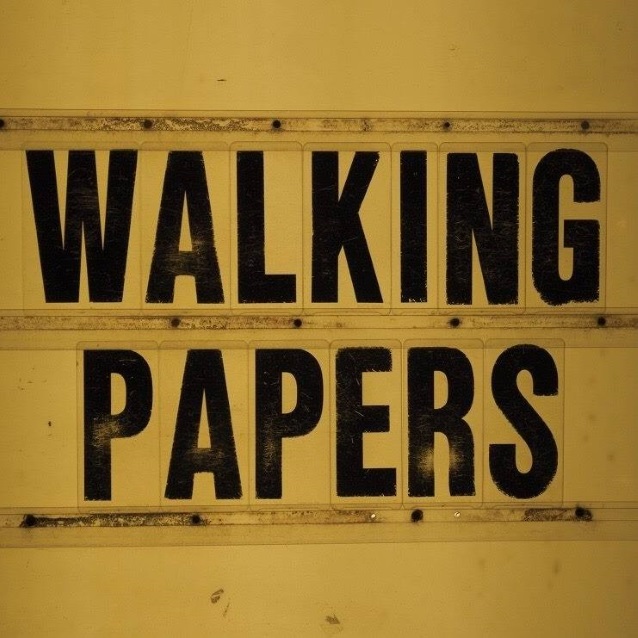