NECROPHOBIC To Release 'Mark Of The Necrogram' Album In February

Watch FOO FIGHTERS Perform 'The Pretender' At The Acropolis In Athens, Greece

A nine-minute video featuring footage of former NIGHTWISH vocalist Anette Olzon and Finnish guitarist and songwriter Jani Liimatainen talking about their new collaborative project THE DARK ELEMENT can be seen below.

THE DARK ELEMENT will release its self-titled debut album on November 10 via Frontiers Music Srl.

Since word of this project got out, fans have been frothing at the mouth with anticipation for its arrival. And no wonder considering the talent involved! Anette is widely known for being the immaculate voice on the hit albums from NIGHTWISH, “Dark Passion Play” and “Imaginareum”. Jani has recently been busy in CAIN’S OFFERING alongside STRATOVARIUS singer Timo Kotipelto, but left a deep mark on the minds of all power metal fans thanks to his time in SONATA ARCTICA.

Said Liimatainen: “I have always been a big fan of Anette‘s voice and when the opportunity to work with her arose, writing and producing an album, it was something I just couldn’t say no! It has been a blast working on the songs and I can’t wait for everyone to hear the final result. This will be epic! The songs are extremely melodic and to the point. My goal has been to write catchy songs with hooks that will haunt your dreams, and I think it’s pretty much ‘mission accomplished.’ Stay tuned for something special!”

Olzon told The Noise Beneath The Snow about THE DARK ELEMENT: “It’s a great thing I’m very happy I am a part of. When I was asked to do this project, I had no idea of how Jani‘s songs would sound, so it was a bit of a gamble until I heard the first demo and I could relax, ’cause I immediately heard it would be a great album. And it’s been a positive vibe from both magazines and fans so far, so I hope it will be a big success, of course.”

* Piano on “Someone You Used to Know” and “Heaven of Your Heart” by Jarkko Lahti
* Backing vocals by Anette Olzon, Petri Aho, Anssi Stenberg and Jani Liimatainen
* Growls on “Dead To Me” by Niilo Sevänen 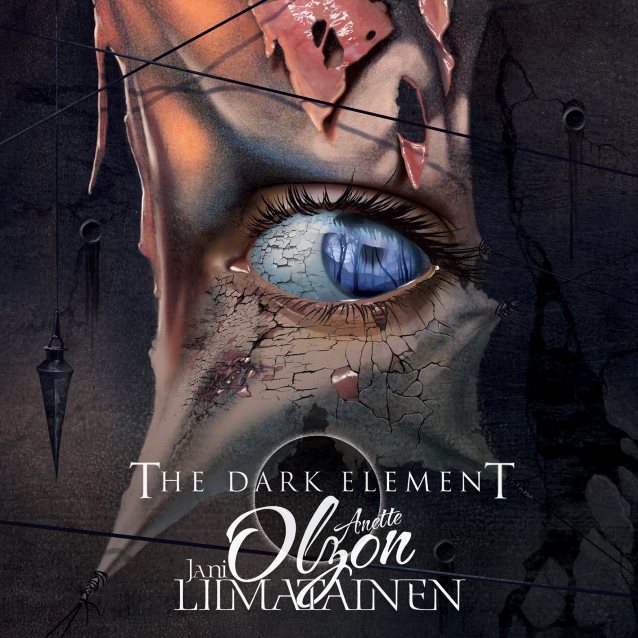