TESTAMENT is still touring in support of its critically acclaimed album “Brotherhood Of The Snake”, which came out last year.

The first leg of TESTAMENT‘s European tour will take place in November and December and will feature ANNIHILATOR and DEATH ANGEL as support.

“Brotherhood Of The Snake” was released in October 2016 via Nuclear Blast. The cover was once again created by renowned artist Eliran Kantor, who also handled the art for the TESTAMENT‘s previous album, 2012’s “Dark Roots Of Earth”, and worked with bands like HATEBREED, SOULFLY and KATAKLYSM in the past.

Billy told Metal Wani that TESTAMENT‘s goal is to release the follow-up to “Brotherhood Of The Snake” in 2018. 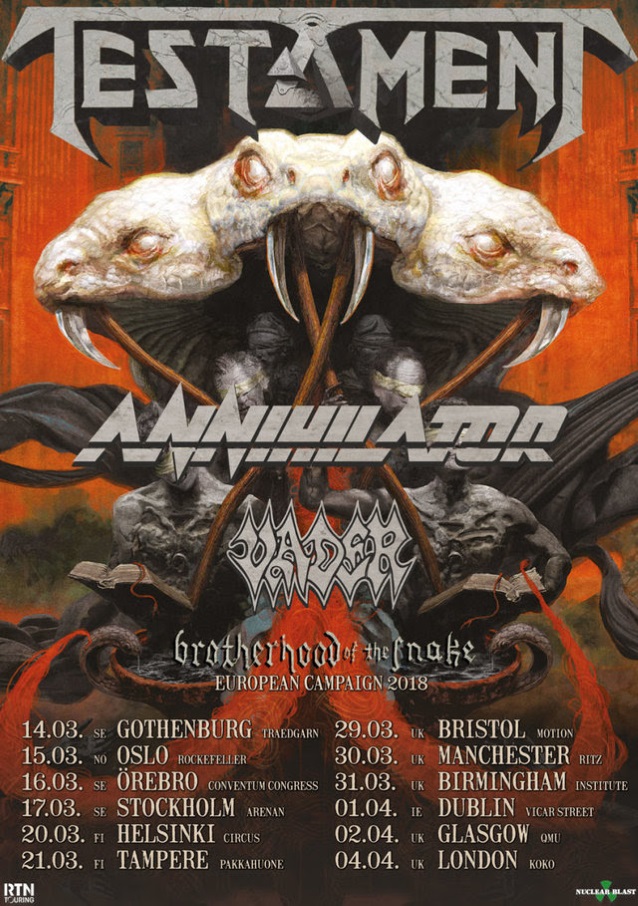