BAD RELIGION Takes Down Alt-Right Movement With New Single, 'The Kids Are Alt-Right'

JUDAS PRIEST's GLENN TIPTON: 'I Was Shocked When I Was Diagnosed' With Parkinson's Disease

Vancouver, British Columbia, Canada-based rock/metal band THE VEER UNION has released a lyric video for its cover version of the FAITH NO MORE classic “Epic”. The track will appear on THE VEER UNION‘s first-ever box set, “Decade: History Of Our Evolution”, which will be made available through Rockshop Entertainment. The set will include six albums: “Decade”, “Decade Acoustic”, “Decade 2”, “Decade 2 Acoustic”, “Decade Demos” and “Decade Rarities”.

Says THE VEER UNION singer Crispin Earl: “Growing up, FAITH NO MORE was one of our favorite bands. Not only did they have great songs, but they had an uncompromising passion for what they did musically. We wanted to harness some of that inspiration with this cover and hopefully do some justice to one of the most underrated and influential bands of our time.”

In 2016, Earl took a rather unique approach to coincide with the concept of the album “Decade”. He reproduced five unreleased songs which were written prior to the first incarnation of THE VEER UNION in 2004, bringing them back to life, as well as combining five brand new songs to bridge the span over a decade. Now, with the box set release of “Decade: History Of Our Evolution”, THE VEER UNION will continue this theme by Crispin, reproducing the five remaining songs as well as adding five brand new songs, again proving that THE VEER UNION can stand the test of time by incorporating the original vision of the band and blending it with the current incarnation.

Earl recently started his own record label, Rock Shop Entertainment, and this will be the label’s first-ever worldwide release. Crispin says: “In the past, I have had the pleasure of working with many great people at various record labels and learning from some of the best in the industry. At this point in my career, I feel the most important part of being an artist is not having someone impeding on the creative process and now with Rock Shop Entertainment, I will have the creative freedom to do as I wish in all creative aspects which is what makes this one of the most exciting releases of my entire career.” 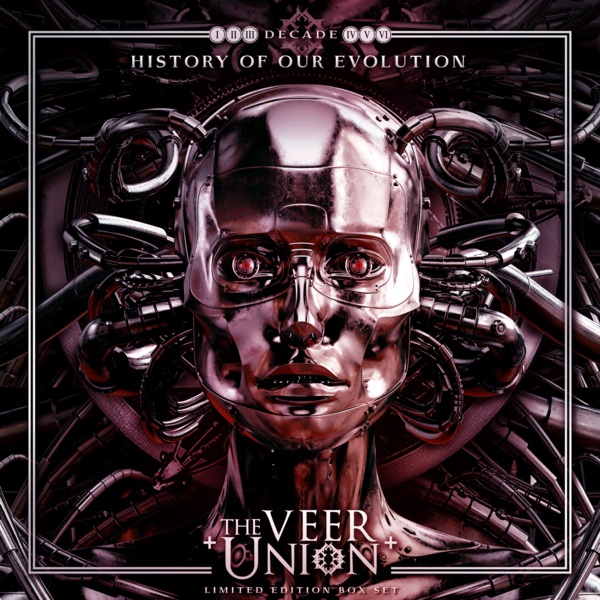