WAIT HELL IN PAIN "Behind the Mask"

It’s time for a holiday celebration with THUNDER — before what promises to be a very busy 2018 gets underway.

The band will release a brand new song, “Christmas Day”, to bookend a very successful phase in its career, which culminated with two studio albums in a row entering the U.K. Top 10 chart. The most recent, “Rip it Up”, charted at No. 3, while their recent live concert film, “All You Can Eat”, charted at No. 1 and their touring included a U.K. arena tour and numerous concerts across the world.

“Christmas Day” is more of a timeless ballad than it is a traditional festive carol and the song reveals the band in a new light. The heartfelt, melancholic track features a stunning and evocative arrangement from guitarist Luke Morley to accompany the unique voice of singer Danny Bowes.

The single is released in highly collectible formats with exclusive additional songs released digitally for the first time. They include a new version of THUNDER classic “Love Walked In”, which appears in a new re-recorded and mostly acoustic arrangement; the classic “Low Life In High Places”, featuring similar treatment, as does the more recent song “Heartbreak Hurricane”.

“Christmas Day” will be released digitally on December 1 via earMUSIC.

The official THUNDER store also offers a wide variety of exclusive, limited fan items and bundles, including a seven-inch single, two-track vinyl as well as a colored ten-inch, four-track vinyl. 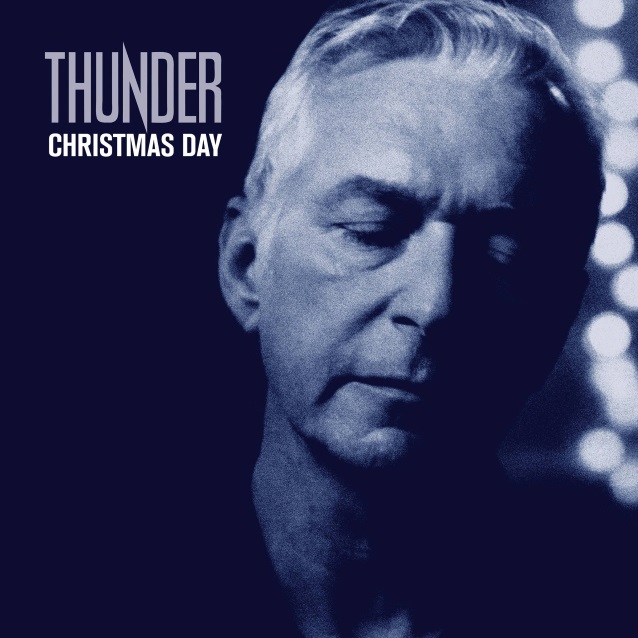