THE AMORETTES To Release 'Born To Break' Album In April

“1755”, the upcoming album from Portuguese metallers MOONSPELL, can be streamed in its entirety below. Due on November 3 via Napalm Records, the Portuguese-language disc was written about the 1755 Lisbon earthquake, also known as the Great Lisbon earthquake, which occurred in the Kingdom of Portugal. In combination with subsequent fires and a tsunami, the earthquake almost totally destroyed Lisbon and adjoining areas.

“1755” was produced by Tue Madsen (MESHUGGAH, THE HAUNTED, DARK TRANQUILITY, DIR EN GREY, DIE APOKALYPTISCHEN REITER) and features Paulo Bragança supplying the haunting voice of a Fado fallen angel who is a big part of the Portuguese culture. His fascinating vocals are included in the song “In Tremor Dei” (English-language translation: “Fear Of God”).

The cover artwork was created by João Diogo and can be seen below.

MOONSPELL vocalist Fernando Ribeiro said: “I have been fascinated with Portuguese history since I can remember.

“The year of 1755 marked the birth of a new Portugal. Much more than just the greatest natural disaster ever to occur on European soil, the great Lisbon Quake, shockwaves cannot be reduced to a dramatic death toll.

“From absolute tragedy, a new city was born, giving way to a new time where Portuguese relied more on themselves than on the crown or the cross, granting us much of the city, the lay country, the free will that we enjoy today.

“This is not just another album from us. It’s a musical and lyrical history document, a homage we pay to our legacy and to the amazing skills and resilience of our fellow Portuguese back then, of all mankind when brought down to the knees by the violent forces of nature and reason. Whatever is, is right… yet the earth shakes.”

In a 2016 interview with Spark TV, Ribeiro stated about the new MOONSPELL album concept: “I always was very fascinated about the apocalypse, the end of things, and we had this experience in the 18th Century, in 1755, and it really affected not only by the destruction and the death toll — it was very high, and it was probably one of the biggest earthquakes ever to occur on European soil — but it also influenced the way people looked at Gods, at religion, the way Europe changed. And it was tragic and traumatic, but the earthquake was the birth of a more modern Portugal, a Portugal that actually would enjoy a period of prosperity after, and the Portugal that was, before the earthquake, just going down and lost in vice and corruption and greed. So I think it makes for an interesting subject, and it makes it even more interesting if I do it in Portuguese, because it happened there.” 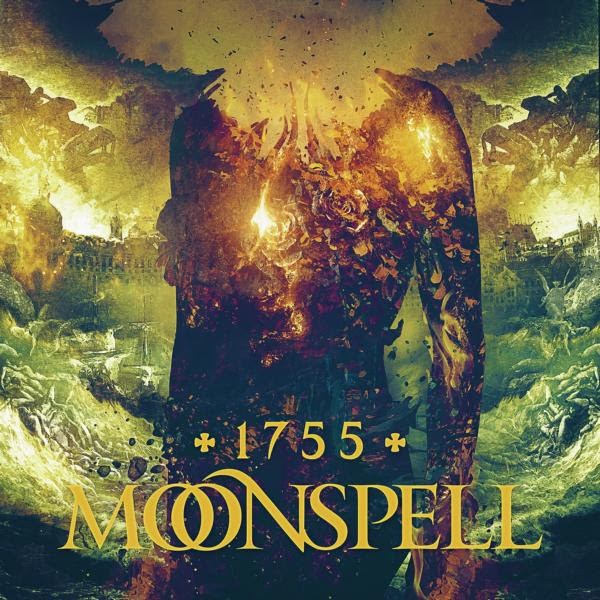